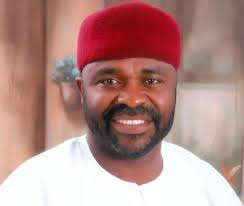 There is a storm in Execujet. It bellows like a hurricane stuck in a marigold or suburban azalea.
The Ministry of Aviation has suspended Sam Iwuajoku’s ExecuJet Services indefinitely for false information and for flying Naira Marley to Abuja for a concert on June 12.

The Minister of Aviation, Hadi Sirika, says Execujet, the flight company that conveyed musician Naira Marley and ex-BB Naija housemate, Kim Oprah, to Abuja for a concert, has been suspended indefinitely.

Mr Sirika said this at the daily briefing on the Presidential Task Force on COVID-19, on Monday, in Abuja.

The minister said the flight was approved for a different purpose – to convey a serving judge from Lagos to Abuja and back, on official assignment.

But the flight operator violated the approval, he said.

“We approved a flight indeed, but not for any musician. The approved flight was to convey a justice on official assignment, but ExecuJet illegally used it to convey musician to Abuja for a concert. We have suspended ExecuJet’s operations indefinitely, (it) will also be fined,” the minister said.

Naira Marley held a concert at Jabi mall on Saturday in contravention of the directive of the Presidential Task Force on COVID-19 as part of measures to curb the spread of the virus.

Tolu Ogunlesi, an aide to President Muhammadu Buhari on new media, also tweeted, “ExecuJet are the culprits here. According to the Minister of Aviation, they provided false information and used approval granted for an illegal flight operation to convey a musician to Abuja (for an illegal concert)

thecapital.ng
Posted by MAN ABOUT TOWN at 2:09 PM