Details: It's Another Mess For Plastic Surgeon Anu Fella 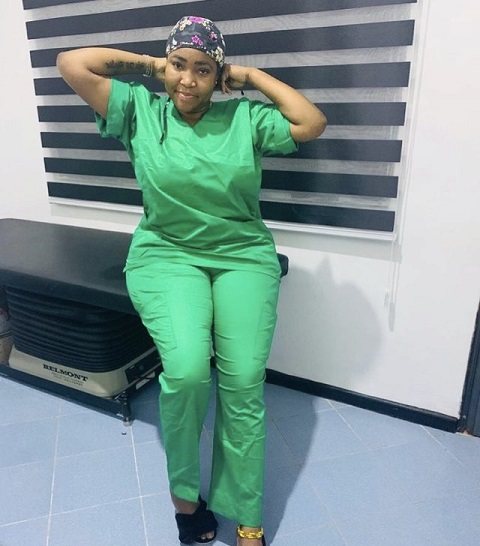 Dr Anu Fella of Med Contour has once again been called out by a client over a breast enlargment surgery gone wrong.

A lady
simply identified as Vick has cried out over post surgery complications she has been faced with after Dr Anu allegedly performed a procedure on her breasts.

In a viral video posted by the lady whose face remains unknown, she claimed that she paid the sum of N1.650million to Dr Anu to perform a fat transfer procedure on her breasts.

Vick alleged that the plastic surgeon had placed her on injections after noticing a “reddish sign” on her left breast.

She also claimed that it was discovered that she had abscess in both breasts and had been drained. However, the abscess kept reoccurring and has landed her at the Lagos University Teaching Hospital (LUTH) where she is expected to undergo another draining surgery.

Dr Anu had been arrested over the death of a former beauty queen who passed away from surgical complications at her clinic.

A social media influencer identified as Omohtee also accused Anu of destroying her body after a liposuction procedure.

Reacting to the video, a Twitter user, @biisi96 wrote: “Dr 90210 will take weeks to check your body and prepare for your surgery. Keep up with your recovery and all that, till he’s sure everything is okay. Dr Anu go just carry bread knife and chisel Dey cut people yansh and breasts. If you have complications, take paracetamol.”

@the_immortal wrote: “Dr Anu will be removing ribs to give you that shape you desire but you won’t know she smuggled out one kidney in between.”

@tife_fabunmi wrote: “Dr Anu is cashing out while her clients are crashing out.”

@drolusesan wrote: “Women will be as good as men, only if they learn how men live with part of their bodies they feel insecured about. No man will submit his manhood to Dr. Anu for enlargement. Have you seen how thick & heavy Obaseki’s lips are? Nothing is excellent about the lips of his excellency.”

@bright_uche wrote: “I’m no longer having pity for anyone Dr Anu butchers their body in the name of surgery. Other of her victims have warned people ahead and yet they’d still go ahead to patronize her. Fly wey no hear word de follow dead body enter grave.