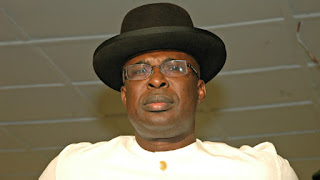 The Transparency in Petroleum Exploration and Development Initiative (TIPEDI) has
debunked allegations that the Minister of State, Petroleum Resources, Timipre Sylva, is blackmailing the Executive Secretary of the Nigerian Content Development and Monitoring Board (NCDMB), Simbi Wabote, to release the sum of $20 million to help fund the All Progressives Congress (APC) in the rerun Senatorial elections in Bayelsa Central and West Zones.

TIPEDI in a statement on Thursday by its Executive Director, Operations, Igho Derek, also denied reports that the alleged $20 million is also to help Bayelsa governorship hopeful, Timi Alaibe, with legal bills in his effort to unseat Governor Douye Diri at the Supreme Court.

“As an organisation with a good corporate conscience we find it hard to sit idle and watch innocent people’s reputation that have been built over many years of hard work and self-discipline, being rubbished on the altar of political expediency,” the group said in the statement.

“We believe that those who want to stand for elective offices must be ready and willing to canvass votes based on what they have to offer the people and not seek to distract the people through the introduction of extraneous issues that have nothing to do with the welfare of the electorate.

“Engr. Simbi Kesiye Wabote as their scapegoat whenever an election looms in the State.

“Perhaps, to make their tale sound believable, the talebearers- ‘Pointblanknews’ an online platform, took the extra trouble to manufacture imaginary quotes purportedly from a close friend of Engr. Wabote, referencing a fictitious conversation about monies that were allegedly collected from others by the Hon. Minister of State, Petroleum Resources.

“We of Transparency in Petroleum Exploration and Development Initiative, believe that from the nature, pattern and timing of this frivolous, irresponsible, fake and wicked allegation it is fairly easy to know what source it is coming from. Moreso, as records show that this is neither the 1st, 2nd or even 3rd time such an allegation is made against Engr. Simbi Wabote by these people.

“We are however, comforted by the fact that any discerning person will quickly realise the sheer impossibility of the allegation ever being a reality. How on earth can a huge sum such as $20m be sourced from a Government agency such as the NCDMB? Pray, under what project will the money be sourced and is there even such money to be fleeced from the Board in the first place?

“Besides, we know of a fact that the kind of stringent corporate governance structure that has been put in place at the NCDMB by Engr. Wabote since assuming leadership of the Board makes it totally impossible for any such money to be taken out of the Board’s coffers without due process.

“We make bold to state clearly for the records and the avoidance of doubts that Engr. Simbi Wabote never told anybody either in real life or dreamworld that Hon. Minister of State Petroleum, Chief Timipre Sylva has at any time (now or in the past) demanded or mandated him as Executive Secretary of NCDMB to raise any sum of money, either in Naira or US Dollars for the purpose of sponsoring any election either in Bayelsa State or elsewhere.”