Inside The World Of Tokunbo Ogundeyin, The Mega Money Defence Contractor 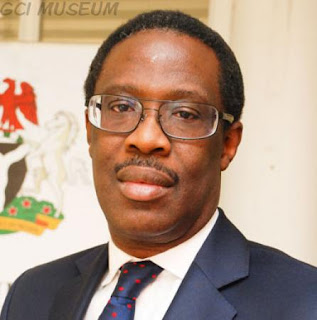 Yes, Tokunbo Ogundeyin, the head honcho of Proforce, is a dandy soul. Beneath his
expensive suits and unassuming demeanour lies a posh and groovy character. But despite his inclinations for luster, he understands that vanity is the ugliest armour a Midas could wear hence he aspires to humility even under the full weight of privilege and his epic stature.

Yet Tokunbo would rather be seen as a pure and modest man than a tiresome magpie, forever looking down on the world, thinking how ugly and despicable his fellow men are.
Despite his privileged status, he maintains a quiet life. The head honcho of Proforce effortlessly exudes dignity and class; he projects a rare image emblematic of the nucleus and undying essence that symbolized business and social capital before contemporary celebrities were born.
Interestingly, however, Nigeria’s Proforce Defence has supplied the government with light armoured vehicles to beef up security in the Niger Delta as part of the huge Deep Blue project. The deal is a concession of sorts by Israeli firm HLSI-Blue Octagon to Abuja and Nigeria’s emerging defence industry.
In May, Nigerian manufacturer Proforce Defence  delivered a first batch of armoured personnel carriers (APCs) to strengthen the onshore component of the vast Deep Blue  maritime security project. A total of 16 vehicles will be used to patrol roads in the Niger Delta region as part of efforts to combat piracy and the looting of offshore oil fields.
The APCs complement the extensive arsenal received by the Nigerian Navy  and the Nigerian Maritime Administration Safety Agency since February: two helicopter carrier ships manufactured by Shipyard de Hoop 17 fast interceptor boats delivered by De Haas Maasluis, two Leonardo AW 109 helicopters and two Cessna  Citation Jet CJ3 type ISR (intelligence, reconnaissance, and surveillance) aircraft that will be equipped by Bird Aerosystems

Proforce has thus obtained the first concession under Deep Blue, even if the project contract did not, strictly speaking, call for such industrial compensation. The company, founded in 2008 and based in Lagos, makes armoured vehicles and provides defence solutions. Its vehicles are sold to the Nigerian Army and have been exported to Rwanda as well as to the Central African Republic and South Sudan, where they have been used by United Nations  troops. In June 2019, the company won a contract to supply 20 Ara mine-resistant ambush-protected vehicles to Chad.
Proforce’s director, Adetokunbo Ogundeyin, is also the head of the O’la Kleen Holdings conglomerate. Originally specialized in providing cleaning services to many major Nigerian firms, the holding company has gradually diversified into the construction and automotive sectors, among others. In defence, it owns Deto Shipyards  (which makes patrol boats) and WMO Gadgets (helmets and bulletproof vests) as well as the metallurgical company Sun Metal Industries.
In recent years, Proforce has sought to benefit from technology transfers through international partnerships. In December 2019, it signed an agreement with Ukraine’s AutoKrAZ  to install an assembly line for civilian and military trucks under the brand KrAZ-Proforce. Earlier in May, Proforce and Turkish company Atesci formalized a technical partnership to produce small-calibre ammunition.
According to our sources, neither of these two partnerships has so far achieved concrete results. In 2018, Proforce and French giant Nexter  signed a memorandum of understanding to equip Nigerian vehicles with blast-resistant seats. But the project never bore fruit and was quickly abandoned.

thecapital.ng
Posted by MAN ABOUT TOWN at 6:48 AM