Naira Marley Reacts To Execujet CEO's Statement, Says 'The statement By The CEO Is Arrogant And Silly' 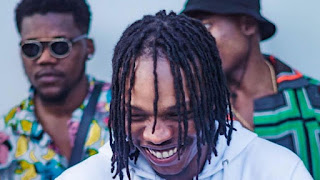 Nigerian singer, Naira Marley has reacted to the statement released by the CEO of Execujet.

The Chairman of the company, Sam Iwuajoku, had apologized for the flight and in the process referred to the occupants of the flight as a 'bunch of useless people'.

This did not go down well with the musician who in a series of Tweet referred to Mr. Sam Iwuajoku's statement as arrogant and silly.

'Do u know that over 20,000 Marlians travel with executive jet a month. We won’t be using ur useless airline again for calling us useless.Thank God we didn’t crash on that flight sha because we nearly did.
BTW We didn’t book the flight ourselves'.

'The cost of living working-class/middle-class is too high. The fact that the Almighty has blessed you, shouldn’t make u look down on anyone! Mr executive jet calling us useless is not only defamation but oppressive. The statement by the CEO is arrogant and silly'. #NobodyIsUseless