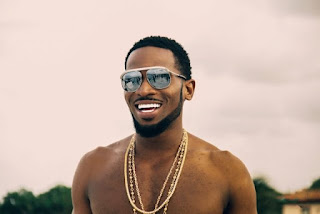 Barely 48 hours after Nigerian singer, Dapo Oyebanjo aka D’banj, slammed Seyitan Babatayo with a N100 million defamation lawsuit after she claimed that he raped her, incidents have taken a different turn.

Seyitan had accused him of raping her at Glee hotel in Victoria Island, Lagos, in 2018. Recounting the incident via her twitter handle, @seyitannn_, she said that he raped her in her room. She ended her tweets by demanding an apology.

But D’banj chose to remain silent over the allegations. On June 16, D’banj wrote that he was revisiting the allegation a week after his 40th birthday celebration. Describing the allegation in his now-deleted Instagram post, as “a slap to my marriage and my beautiful wife, my entire family and those who believe in me,” the singer, through his lawyers, Mike Ozekhome Chambers, demanded that Seyitan pays the sum of N100m within 48 hours or risk legal action.

He also demanded that she write a letter of apology and retract her statements which would be published in four national dailies.

A part of the letter reads: “That your client makes a compensatory deposit of the sum of N100m only through these chambers in favour of our client to assuage his battered image.”

However, shortly after this post, Seyitan allegedly disappeared. In a twist of events, a look at her twitter page shows that the tweets have been deleted and replaced with the promotion of D’banj’s single.

GuardianLife
Posted by MAN ABOUT TOWN at 9:12 AM