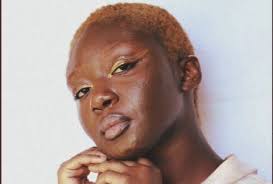 Oluwatoyin Salau, a Nigerian-American activist was murdered days after she tweeted about being sexually assaulted by a black man who offered her a ride, after attending a Black Lives Matter protest in Tallahassee. Here are a few facts about her untimely death.
1. She was 19 at the time of death and a Black Lives Matter activist from Florida.
2. Tallahassee police found her body along with that of 75-year-old AARP volunteer Victoria Sims in Southeast Tallahassee.

3. Police took a 49-year-old man, Aaron Glee Jr, into custody in connection with the killings. No other details about his detainment have been released.
4. Salau was last seen on June 6, the same day she tweeted that she was molested by a black man in his mid-40s who offered to give her a ride to find a place to sleep.
5. She had been protesting police abuses across the US, including the death of Tony McDade, a black transgender man who was shot and killed by Tallahassee police officers.
6. Her fellow demonstrators searched for her for hours and even asked for medics to join them in case she was hurt.
7. Salau was passionate about government policies, fighting racism, and other issues affecting society.
Posted by MAN ABOUT TOWN at 5:41 AM