Restaurant Owners In Thai Gets 1,446 Years In Prison Each For Defrauding Public 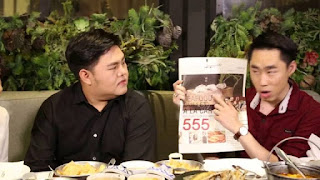 Two owners of a seafood restaurant in Bangkok have been sentenced to 1,446 years in prison each by a court in Thailand for defrauding the public.

Initially, those who bought the vouchers were able to claim their meals at the restaurant but a long waiting list meant an advance booking of up to several months, according to Thai PBS.

But by March, the company – Laemgate Infinite – announced its closure, claiming that it could not get hold of enough seafood to meet the demand. It offered to refund customers who had bought vouchers. About 375 out of 818 customers who complained got their money back.

Bowornbancharak and Bowornbancha were arrested after hundreds of people filed complaints against the company and its co-owners.

The duo was arrested on charges including defrauding the public through false messages. They were found guilty on 723 counts on Wednesday and sentenced to 1,446 years in prison each.

They pleaded guilty and their sentences were cut by half to 723 years each. They will in fact only be serving a maximum of 20 years. Their company, Laemgate Infinite, was also fined 1.8m baht, and the co-owners and the company were ordered to refund 2.5m baht in damages to the victims.

It is not uncommon for those found guilty of fraud in Thailand to be sentenced to such long terms, owing to the number of complaints received. However, Thai law limits jail time for public fraud to 20 years.