Politics breed strange fellows and nothing best exemplifies this than current happenings in the Senate as regard who becomes the next Senate President. 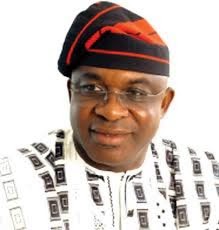 Outgoing Senate President and People’s Democratic Party chieftain, David Mark and National leader of the All Progressives Party, Asiwaju Bola Tinubu are said to have aligned political forces to achieve a common goal. 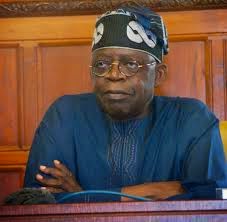 That the battle for who becomes the next Senate President in the 8th Senate Assembly is gathering momentum is not an overstatement. In the tradition of the Senate, any political party that has the majority in the House automatically produces the Senate President likewise the House of Representatives. Since return of democratic rule in 1999, both chambers have always been headed by the Peoples Democratic Party PDP, but with the just concluded 2015 elections, the equation has changed. The All Progressives Congress APC with the majority in the both chambers will produce the leaders of the two Houses. In the Senate in particular, candidates for the Senate President have up their games scheming to succeed Senator David Mark. Senators Bukola Saraki, George Akume are two leading contenders for the position whose names are more pronounced with speculation rife that Senator Akume is closing in on clinching the senate presidency, albeit Senator Saraki is not giving up as we learnt he is still making clandestine moves to step into Senator David Mark shoes come June, 2015 when the 8th Assembly kicks off. 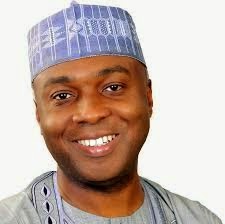 Interestingly both are from North Central geopolitical zone where the seat is allegedly zoned to. However, latest information has it that neither Senator Akume nor Senator Saraki will perhaps get the Senate Presidency as the leaders of APC have decided to zone it to North east based on the happenings in the Senate. As you read this piece, the incumbent Senate President, David Mark who we learnt is not in good terms with Senator Akume is doing everything within his power to ensure Sen. Akume does not in any way get near to the seat and he is plotting to make sure his interest count on whoever attains the House leadership. Even though his party, PDP is not in position to produce who succeeds him, through other PDP senators and some APC senators, senator Mark is making behind the scene move to influence who becomes next Senate President. 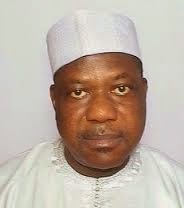 Meanwhile, in a bid to counter his move, APC National leader, Asiwaju Bola Ahmed Tinubu who was said to be favourable disposed to senator Akume emerging senate president has reportedly changed his mind. Tinubu is said to be looking towards Northeast to produce the next senate president and he is said to be considering Senator Ahmed Lawan who is said to be one of those Senator David Mark is considering for the seat. Senator Ahmed is from Northeast geopolitical zone. APC leadership, especially Tinubu is said to be guiding against a repeat of what transpired in the lower chamber in the current 7th Assembly where the then ACN lawmakers and some aggrieved PDP lawmakers voted against PDP zoning strategy to give way to the emergence of Hon. Aminu Tambuwal as against Hon. Mulikat Adeola originally penciled down by PDP leadership for House speakership position. Tinubu was said to have talked with Senator Akume to let go of the position and he would be given the majority leader.
Posted by MAN ABOUT TOWN at 3:14 PM