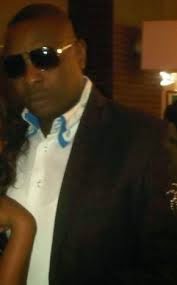 A date has been chosen for the burial of recently deceased night club boss, Akeem Shodehinde.

Popular Lagos socialite and boss of now defunct Movida Night Club, Akeem Sodeinde would be buried on Friday, May 15, 2015. a close family source who pleaded anonymity divulged to Sahara Weekly on Monday, May 11, 2015 that plans are in top gear to bury the late Movida boss, on Friday.

According to him the femily is keeping everything under wrap becaude they don’t want the media to know about it. Although the exact place he would be buried has not been disclosed, we heard it could be in Lagos.
Movida boss, Akeem Sodeinde is dead. The famous socialite lost the battle to death on Sunday, May 10,2015  in Lagos. A family source confirmed that he died in the evening in his sleep.
Akeem had been battling acute diabetes and kidney failure for a while now and even gone to the UK and India for treatment which was said to be successful.

He returned to the social scene and even re-opened his night club which was shut down when he was very ill. Unfortunately he relapsed and died few days back.