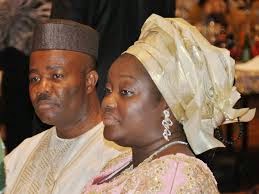 Unoma, the wife of flamboyant governor ofAkwa Ibom state, Godswill Akpabio has built a private school of her own. 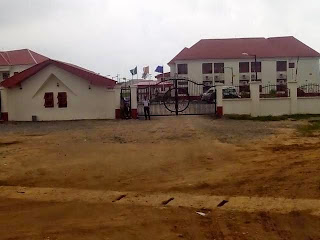 And the fee per term is N1million.

One of Nigeria most corrupt Governor’s wife, Unoma Akpabio has finally finished giving herself a befitting farewell package from government house, by completing the mansion called school in the state most expensive settlement, known as Shelter Afrique.

Unoma, who also double as the de facto deputy governor to her husband, Godswill Akpabio built the school with over N720 million including the purchase of land revealed a source.

Our source Secrets Reporters had broke the news last year about the building with security guards strictly monitoring the company staff building preventing it from taking pictures and leaking to the press. 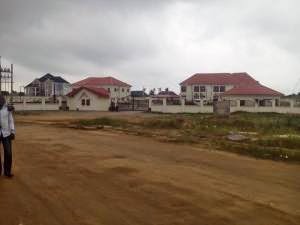 The school which is expected to kick off by September has Nursery, Primary and Secondary. A very competent source squealed that the Secondary school students who will be admitted will pay N1 million per term, which is a total of N3 million for each class yearly, while the Primary school will be going for N450 thousand to N500 thousand. The source could not however get the amount for the Nursery, but he was sure it won’t go below N200 thousand. The pictures were taken by an Akwa Ibom based Journalist, Ubong Sampson