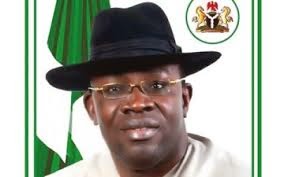 Fresh allegations claim the President wife returning with the mission to come out winner in on going fight with Governor Dickson.

Fresh crisis is looming in President Goodluck Jonathan’s state between loyalists of his wife, Dame Patience, and supporters of Governor Seriake Dickson over supremacy on the control of the political soul of Bayelsa.

It was learnt that the First Lady had finalised plans to move against the Governor through impeachment process.

It was further learnt that First Lady’s loyalists were said to be capitalising on using thugs to cause mayhem in the state as well as using some aggrieved members of the state House of Assembly that were allegedly denied return tickets to the House to impeach Dickson.

But a socio-cultural organisation, Niger Delta Solidarity Forum, has accused the First Lady and her godson and presidential aide, Mr. Waripomowei Dudufa, of planning to destabilise the peace and the prevailing stable political atmosphere existing in the state using about 1,000 political thugs.

But the NDSF said it would “mobilize its members across the entire region and resist any planned street protests in Bayelsa State.”

The group, in a statement on Thursday by its General Secretary, Nelson Ebebi, alleged that Mrs. Jonathan, along with Dudafa and two incumbent senators in the state, intended to cause chaos and confusion by sponsoring street protest in Yenagoa, the state capital.

The group claimed the First Lady had mobilized no fewer than 1,000 thugs who had been instructed to disguise as unemployed youths to foment trouble in the state capital in the name of street protest.

It also said the First Lady’s loyalists had the youth to demand economic empowerment from the Dickson-led government.

The group alleged, “Dame Patience Jonathan has recruited the thugs who were ready to storm the streets of Yenagoa anytime soon. She has finalised plans for the impeachment of the incumbent Governor.

“The thugs are expected to create crisis within the state capital and they have been instructed to resist any attempt by the security agencies to try to dislodge them, as was done in the recent protest organized by some ex-militants.

“To show how serious and calculated their plot is, they have branded the theme of the street protest as ‘#WeAreHungryBringBackOurJobs street walk campaign’. This is to give the impression that the Dickson-led government has failed in its duty to provide employment opportunities to the teeming youths in Bayelsa State.”

“The group is therefore calling on the government and the security chiefs in the state to keep watch over the activities and evil plans being formulated by those it described as enemies of the State.”

The NDSF urged the authorities to take proactive steps to investigate and go after those behind this plot and to bring to book whoever that is caught in the web of this “devious and devilish act.”

The group said as a promoter of peace, unity, progress and development of the region, it had a duty to draw the world’s attention to the activities of those who sought to destroy and disrupt the peace of the region, all in a bid to advance their own selfish political ambition
Posted by MAN ABOUT TOWN at 8:30 AM