Southwest Governor Is The Father Of Biodun Mcgregor’s Twins!. 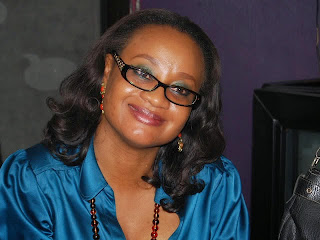 A southwest governor has been fingered as the father of  socialite Biodun Machregor’s twins.

The dark hued governor of one of the cosmopolitan states in south-west, is no superman after all. Like the average man next door, he loves a rosy cheek; he admires coral lips, and lusts for the spark of star-like eyes to maintain his libidinal fires. He is just human! He has blood running in his veins too.Behind the steely, plain-speaking demeanour that has become identifiable with him, the incumbent governor who is completing his second term in office in the next few days, is soft inside him. There are women who make his heart flutter and palpitate uncontrollably with passion. One of them is Biodun Mcgregor.

Biodun who works with Lagos State Government, is one of those ladies whose presence illuminate the Lagos social scene. Pretty and conscious of it, an advantage she has maximized quite well.

Sometime back, Biodun got pregnant and delivered a beautiful set of twins and all fingers pointed in the direction of a popular governor. Today, for Biodun, the world's a garden grown to full bloom; her heart thrills with a rush of inter-rippling words and if she could give vent to her innate delight, her joy might drown the liquid and supremely sweet babble of the birds.

No sooner than Abiodun put to bed than the governor went to town to spoil her silly with gifts of money and expensive possessions. Speculations abound over the likelihood of him marrying her as his second wife; if he decides to do so, he wouldn’t be in the wrong as his Islamic faith allows him to have more than one wife, argues a source close to him.

The governor seems the love thoughts of women on tender nights. But for every female acquaintance of this governor who was installed eight years ago by a popular and powerful godfather in the South-West, every day begins and ends with a rosy flush; and tender is the night, till every blessed dawn. This makes you want to explore the inner recesses of his world.

Ask any woman that has been fortunate enough to cross his path, especially a famous diminutive fashion designer who was divorced by her husband years ago. The testimonies are endless. The fashion designer and the governor have been locking lips and knocking and entwining knees for a while now. At the mere mention of his name, the faces of many women break into infectious smiles, their hearts melt and a silent laughter dance on their lips- particularly the women whose world he has rocked by his generosity. More on him and his many women soon