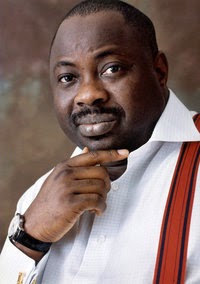 There is an ongoing security checks on selected individuals for possible ministerial appointments.

The names of the 45 Nigerians, according to a highly reliable source, were sent to the security agencies for necessary security checks few days ago


Security agencies are presently screening the names of about 45 Nigerians who are being proposed as members of the cabinet under the incoming government of General Muhammadu Buhari.
The names of the 45 Nigerians, according to a highly reliable source, were sent to the security agencies for necessary security checks few days ago.

The security agencies carrying out the checks are the Department of State Services, the Directorate of Military Intelligence and the National Intelligence Agency.

Others on the list are Rotimi Akeredolu, a former gubernatorial candidate of the Action Congress of Nigeria, one of the parties that came together to form the APC in Ondo State; Governor Chibuike Rotimi Amaechi of Rivers State; Engineer Funsho Kupolokun, former Group Managing Director of the Nigeria National Petroleum Corporation; Governor Rabiu Musa Kwankwanso of Kano State; and Bisola Adegbenro, a Senator-elect from Ogun State.

The handing over ceremony between President Goodluck Jonathan and President-elect General Buhari will take place on March 28 and 29.
Posted by MAN ABOUT TOWN at 1:49 AM