Landlords in areas favoured by the rich still demand payment of rents in dollars . 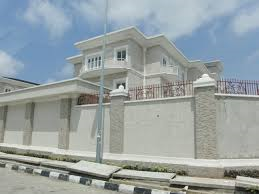 This is despite directive to the contrary by the Central Bank of Nigeria.

Here are the detais

Landlords in exclusive neighbourhoods of Ikoyi, Lekki, Victoria Island and Banana Island of Lagos still negotiate accommodation deals in foreign currencies despite threat by the Central Bank of Nigeria (CBN) to avoid the dollorisation of the economy. Findings revealed that some of the vacant apartments in Victoria Island, Ikoyi and Lekki neighbourhoods still secretly carry dollar price tags.

More findings has it that a three bedroom apartments in neighbourhoods such as Victoria Island Extension and Adeola Odeku Street are still valued in dollars. Though not displayed by property owners, findings from estate surveyors in the area showed rental values of $85,000 per annum on luxury three bedroom apartments, while rents of two and one bedrooms in the locations cost $55,000 and $25,000 per annum.
The CBN Governor, Mr. Godwin Emefiele, had recently declared war against the dollarisation of the economy by landlords and school owners in Lagos and Abuja. Emefiele said: “It is illegal in Nigeria to transact business in foreign currency. We will be looking at areas where people are making demands for foreign currency; people who are landlords who are asking for rents in dollars; schools that are asking for school fees in dollars or transacting business in dollars.” The CBN governor noted that the demand for foreign currency has been impacting on the rate at which the naira is being exchanged for dollar.