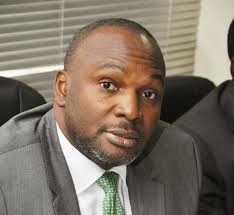 And not only this delisted sacked C.E.O that brought the woes of the company, Mr Albert Okumagba as well as
handed all fraud cases in the ugly adventure to law enforcers.

Here are the stories

The Securities and Exchange Commission (SEC) on Wednesday announced the suspension of  BGL Group Plc from all capital market operations.The SEC also said  that  Mr. Albert Okumagba,  who is the Group Managing Director of BGL Group, should cease to be a registered Sponsored Individual with the commission following the withdrawal of the registration of BGL Plc as a  capital market operator.

“He is therefore no longer entitled to carryout capital market activities,” SEC declared.

According to the commission,  the decision to suspend BGL was taken after the commission’s Executive Management Committee  meeting held  on May 19, 2015, where it considered  the report of a detailed investigation into the various complaints received from investors against subsidiaries of BGL Group.

The commission noted that “all suspicious transactions observed in the course of the investigation have been referred to the appropriate law enforcement agencies for further investigation; and BGL Asset Management Limited, BGL Capital Limited and BGL Securities Limited and all individuals involved in the management of the said companies have been referred to the SEC Administrative Proceedings Committee (APC) which will give all parties to the cases a fair hearing.”