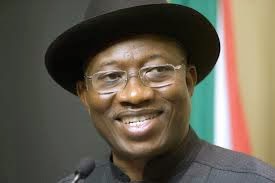 Government properties and valuables have started going missing as the administration of President Goodluck Jonathan winds down.

Ahead of the inauguration of the administration of Muhammadu Buhari as Nigeria’s President on May 29, top officials in the Presidency have been embarking on what a source termed as “looting spree”.

The scramble for valuable government items and properties has now been extended to the Presidential Villa.

It was learnt that presidential aides in Aso Rock are not left out of the “rat race” to grab and convert government properties to personal use.

To assist the movement of the personnel in the Presidential Media Unit during the presidential campaign, two brand new Toyota Hiace buses were purchased.

However, rather than registering the vehicles with State House plate number, a top presidential aide was said to have directed that the vehicles be registered with private numbers.

Consequent upon the directive, the two buses were registered as private vehicles with registration numbers KWL 408 NM and KWL 394 NM.

Surprisingly, shortly after President Goodluck Jonathan lost the March 28 presidential election to General Muhammadu Buhari of the opposition All Progressives Congress, the two vehicles disappeared from the Villa.

Some personnel of the Presidential Media Unit were surprised when old vehicles were brought out to convey them when President Goodluck Jonathan was to inspect the progress of work on the Umar Musa Yar’Adua Expressway (former Airport Road) and Kubwa Expressway.

Ever since the inspection, the two vehicles are yet to be returned, suggesting that the aide who directed that the buses should not be registered with State House plate numbers must have taken them into custody.

Also of late, ambulance vehicles meant for distribution to Federal Government Hospitals in each of the 36 states of the Federation have disappeared from the Banquet Hall parking lots.

It could not however be ascertained if the ambulances have now been delivered to the states.

However, an official of the State House who pleaded anonymity was quick to say: “How can you suggest that the ambulances may have been delivered to the states?

“These vehicles have been parked here for over a year now. Why is it that they disappeared few days after the President Jonathan lost the election?

“We all know what is going on and we shall be ready to supply necessary information to the incoming administration at the appropriate time.”

For the of the Presidential Media unit, the personnel only hopes that the vehicles will be returned before May 29.

According to one of them, who also pleaded anonymity: “I am sure you are aware that junior staff and even journalists do travel with these vehicles across the country.

“Whenever the President is visiting any state, we travel by road as ‘advance team’ ahead of his arrival.

“The two buses were bought because the old ones are no longer safe for long trip. So, we appeal to whoever is in custody of our buses to release them now for our safety.”

Recall that the leadership of the All Progressives Congress recently raised the alarm, alleging massive looting in the Presidency.

The party’s spokesperson, Lai Mohammed, had said then that the APC has been “inundated with calls and messages by concerned Nigerians, alerting it to the unscrupulous actions of some Jonathan administration officials”.

Abati said: “In continuing to fulfil the obligations of his office however, President Jonathan has not, and will never condone any form of unscrupulous conduct on the part of state officials.”
Posted by MAN ABOUT TOWN at 9:37 AM