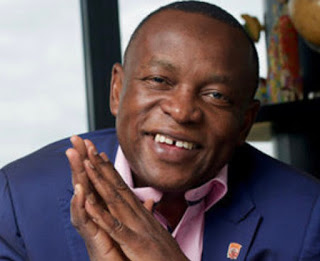 Many dreams – starry-eyed and sensible – hopes and aspirations, perished with the death of Abba Kyari, the former Chief of Staff to President Muhammadu Buhari who died due to
complications arising from his testing positive for the dreaded Coronavirus.

Kyari was 67 at the time of his death on April 17th. He was variously described as Nigeria’s de facto president; a widely held belief that gathered traction when President Buhari expressly told his aides and ministers in a live television broadcast that all memos to him should go through the then very powerful Chief of Staff.
Despite the deep-seated aversion of many Nigerians for Kyari who felt he was the reason the president was aloof and apathetic about matters of national interest, and there was so much bureaucratic bottleneck in the presidency, he was the godfather and enabler of all possibilities for many businessmen notably Tope Sonubi of Sahara Energy.
Perhaps more than his immediate family and associates and beneficiaries of his powerful position, Sonubi is one of the few outsiders that would miss Kyari most. Hardly did a day pass that both men never spent time on the phone chatting and catching up wherever either was in the world. Sources close to Sonubi say he may never heal from Kyari’s death.
It was a father-son relationship of sort between them. In Kyari, an indisputably brilliant technocrat, Sonubi found a mentor and role model. He was one of the few men that Sonubi picked their brains for advice and directions especially because of Kyari’s variegated expertise and experience spanning media, banking and international business.
Ask Folashodun Adebisi Sonubi, Tope’s older brother, who is a Deputy Governor at the Central Bank of Nigeria, he will confirm this. Folashodun, until his elevation in 2018, was the Managing Director of the Nigeria Inter-Bank Settlement System Plc (NIBSS), a brilliant banker. They were chummy till the man died.
Though Sahara Energy, which started as an oil and gas company trading in excess fuel oil from the Port Harcourt and Warri refineries as its core business then, is a multi-billion dollar business, the company was actively involved in the crude-for-oil swap which involved local and international oil traders and refineries getting crude oil supplies in exchange for petrol and diesel from the Nigerian National Petroleum Corporation, NNPC.
What is without doubt also is that the company’s closeness to any government in power has helped it become a major employer of labour with a portfolio that includes an upstream business and strong physical presence in Ghana, Ivory Coast and Senegal and representative offices in Cameroun, France, and Brazil. They also diversified into vessel ownership – with a fleet of vessels moving products across West Africa – and storage depot, building depots in Lagos, Onne and Abuja.
Unlike his Spartan and conservative mentor, however, Sonubi is a stylish man who enjoys the high life. His mouth-watering penthouse mansion in Banana Island leaves passersby gawking in awe and admiration. He does not do half measures when it comes to his luxury lifestyle; he goes the whole hog. Like him, his partner, Ade Odunsi, has a massive waterfront mansion in Banana Island. Cole, who completes the tripod, however, got his fingers burnt when he went to contest for the governorship of Rivers State.
Though business is good now, considering that the company, early this year, won a bid by the Cameroonian government for the supply of around 300 million litres of fuel to meet local demand.