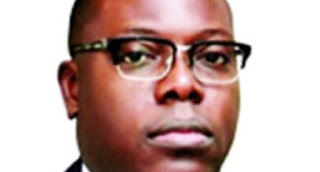 The tussle for vacant stool of the Oniru of Iru kingdom in Lagos may be far from over, as fresh indications emerged on Thursday revealing plans by the power-that-be to impose
a new candidate to ascend the throne.

In November last year, the race for who becomes the next Oniru of Iru Land after the demise of His Royal Highness Idowu Abiodun Oniru was neck to neck between Aremo Segun Oniru, the eldest son of the immediate past Oba Oniru from the Akiogun Ruling House and Hakeem Ajasa, from Abisogun Ruling House and a former Chief Security Officer of the current Speaker of the House of Representatives.
It was widely reported last year that the kingmakers in the Abisogun Ruling House met and after wide consultations, voted unanimously for Ajasa as their preferred candidate to become the Oniru of Iru Kingdom. This however did not go down well with Aremo Segun Oniru, who insisted of being the anointed person to take over from his late father.
Segun Oniru is a close associate of the former governor of Lagos State, Asiwaju Bola Tinubu and a former commissioner in the state under the Raji Fashola Administration. Some High Chiefs in the state were also not comfortable that Segun was trying to use his proximity to power in the state to influence his taking over of the vacant throne. Even so, notable first class Obas secretly voiced their disapproval to what they described as the undue delay in effecting the choice of the kingmakers.
“Some first obas, who I will not like to mention their names met and were very unhappy with the way the power that be in the state were treating the Oniru thing. They were of the view that since the next ruling house has made their decision known to government, and the decision followed tradition and their choice was a popular one, why was the government delaying in making the necessary pronouncement”, a source told ThePledge.
But the dust seemed to have been settled early 2020 with reports that Segun Oniru had conceded the race to Hakeem Ajasa, while an official announcement by the State Government of the latter as the Oba-elect of Iruland was been anticipated just before the outbreak of the Coronavirus pandemic.
However, reliable sources informed our reporter that ahead of the announcement which was planned for this month (June), Asiwaju Bola Ahmed Tinubu had reached out to Hakeem Ajasa for a familiarization meeting.
But few days after the meeting, reports made rounds that Tinubu was opposed to Hakeem Ajasa’s candidacy as the next Oniru and mandated the Baales and Chiefs of the Abisogun ruling house to nominate a new candidate.
This move, reliable sources say, is a ploy by Tinubu to impose his former, Aide-De-Camp and current Commissioner for Agriculture in Lagos, Prince Gbolahan Lawal.
Lawal, who has ancestral links with Iruland from his maternal side is a three time Commissioner, having served as Commissioner for Agriculture and Cooperatives under Babatunde Fashola administration from 2011-2015; Commissioner for Housing under Akinwunmi Ambode from 2015-2019 and now Commissioner for Agriculture under Babajide Sanwo-Olu.
Lawal, sources say is expected to resign his appointment from Sanwo-Olu’s cabinet either on Thursday or Friday ahead of his announcement as the Oba-elect of Oniru.
Meanwhile, the Baales and Chiefs from the Abisogun Ruling House, sources say are vehemently opposed to imposition of Lawal on them.
During the meeting with Tinubu, they were reported to have insisted on Hakeem Ajasa as their preferred candidate to ascend the stool as the next Oniru of Iruland, noting that anything other than that would be opposed by them. All efforts, including monetary inducement, to placate the kingmakers came to naught.