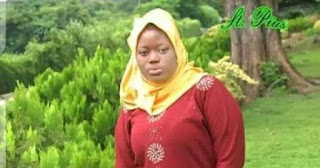 A Science and Laboratory Technology student of the Federal College of Animal Health and
Production Technology, Barakat Bello was reportedly raped and murdered in Ibadan.

According to reports, the 18-year-old was allegedly attacked near her home at Akinyele Local Government area of Ibadan and found dead by her father. It was gathered that further examination revealed she had been raped before she was murdered.
As of the time of filing this report, the Public Relations Officer (PRO) of the state Police Command, Olugbenga Fadeyi, said he could not confirm the incident.

“I have heard about it but I am still trying to confirm the details. I would need some time,” he said
This development comes in the midst of agitation for justice for University of Benin Student, Vera Uwaila who suffered the same fate in Edo state.