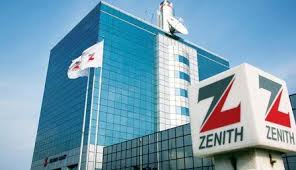 Zenith Bank Plc has again been ratedNigeria’s most customer-focused bank by the leading Advisory and Consultancy firm, KPMG.


In the 2016 edition of the annual banking industry Customer Satisfaction Survey recently released, Zenith topped other Nigerian banksin the Customer Satisfaction Index (CSI) with a total of 74.6 pointsto clinch the prime positionin the retail banking category; thereby re-enacting the feat it achieved in 2013 and 2014.Guaranty Trust Bank came second with 74.1 points closely followed by Diamond Bank and Stanbic IBTC with 73.5 and 73.1 points respectively.

The survey, launched in 2007, draws responses from customers across the retail, SME and corporate banking segments on customer preferences, levels of satisfaction and expectations from their banks.

Zenith Bank has featured prominently in the survey since it was launched 10 years ago, according to organisers;“to heighten consciousness of service delivery among Nigerian Banks”. In 2014, the bank cleared all three categories: Retail, SMS and Corporate Banking; having similarly won two of the three categories but SME the previous year.

The Customer Satisfaction Index (CSI) measures customer satisfaction with banks, and are ranked based on the perceived level of satisfaction derived by customers surveyed fromthe different categories. The key factors considered by CSI include convenience, product/service offering, executional excellence, value for money and customer care.

Zenith Bank is one of Nigeria’s strongest financial institutions with a shareholders base of over one million and the largest bank in the country by market capitalization and tier- 1 capital. The Zenith brand has also maintained a consistent track record of performance in several parameters including profitability and liquidity managerial competence.

The bank's impressive growth and performance over the years have earned it excellent ratings, recognitions and endorsements from local and international agencies and institutions; some of which include: Best Customer Service Bank Nigeria 2015 by Global Banking and Finance, Best Corporate Governance Bank Nigeria 2015  byGlobal Banking and Finance and Best Bank in Corporate Governance 2012, 2014 and 2015 by World Finance.