Operations of Caverton Helicopters in Lagos and other parts of the country were yesterday grounded following a warning strike embarked upon by the company’s pilots and engineers. 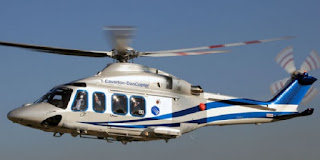 The industrial action, The Guardian gathered, was in protest of alleged pay backlog and disparity between the expatriates and their Nigerian counterparts.


The workers, under the aegis of the National Association of Aircraft Pilots and Engineers (NAAPE), said the one-day action was a prelude to an indefinite one should management spurn their demands.

Contacted, the company said efforts were ongoing to address the grouse and restore operations in good time.

The warning strike, according to NAAPE, was also meant to express its displeasure over the refusal by the helicopter company to commit to pay remunerations being converted from dollars to naira at prevailing inter-bank rate.
The union’s General Secretary, Ocheme Aba, said: “It is worrisome that Caverton Helicopters is discriminating between expatriate and Nigerian pilots and engineers in the payment of salaries.”
Aba alleged that while the salaries of the expatriates had been promptly and up to date, those of Nigerian pilots and engineers were still been owed.
The scribe also hinted that the one-day warning, which would see the activities of the rotary wing giant grounded, is to protest the refusal of the company to pay salaries every month on or before the 26th day of the month as contained in the Condition of Service.
Also yesterday, our reporter later gathered that the strike might have been suspended around 3:00 p.m. following an agreement reached by the parties.
Guardian