‘’ I suffered immeasurably...I Am Strong And The Strong Will Continue’’ Fresh Out Of Prison, Femi Fani Kayode Declares

Fresh out of prisons where he was remanded for two months as he faced corruption trial before a Federal High Court, a former Minister of Aviation, Femi Fani-Kayode, came out swinging Friday night, using his first press statement since his release to lob scathing assaults against Muhammadu Buhari’s administration. 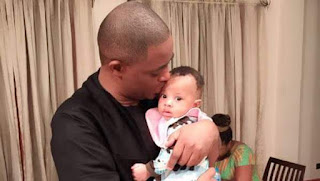 Mr. Fani-Kayode, who was announced released only a few hours ago after spending 67 days in Ikoyi Prisons, said his arrest
and ongoing trial were a handiwork of Mr. Buhari’s government that aimed to “silence me, break me, discredit me and destroy.”

Until Friday, Mr. Fani-Kayode had remained detained since he was first arrested on May 9, 2016, after honouring an invitation from Nigeria’s flagship anti-corruption agency, the EFCC.

Mr. Fani-Kayode was later transferred to Lagos where authorities slammed a 17-count charge on him, mostly bothering on allegations that the one-time Minister of Culture and Tourism benefitted from stolen public funds during the 2015 general elections.

After weeks in detention, Mr. Fani-Kayode was granted a N250 million bail on July 4, but he was still kept in custody pending his meeting the requirements for his bail.

“I give thanks to God that I am free after 67 days in detention,” Mr. Fani-Kayode said. “I thank my wife, lawyers, children and friends for all their support.”

Mr. Fani-Kayode said his ordeal behind bars marked the worst moment of his life and emphasised his innocence.

“This was the worst experience of my life but God was with me all the way. I suffered immeasurably but I count it all as joy.  I am innocent of all charges and I look forward to defending myself vigorously in court.

“These charges are politically motivated and I have been severely punished for my political views and criticisms of the government,” Mr. Fani-Kayode said.

Both Mr. Buhari and the EFCC had pushed back against claims that government critics, like Mr. Fani-Kayode, were being unfairly targeted in Mr. Buhari’s signature ‘war against corruption.’

In June, Ibrahim Magu, acting chairman of the EFCC, reportedly dismissed concerns about his department’s alleged favoritism in prosecuting cases of corruption as a mere “perception matter because there is no single suspect of the agency that has come to the public space with claims of innocence of any kind.”

Earlier this week while still behind bars, Mr. Fani-Kayode had said through his media adviser, Jude Ndukwe, that he remained undaunted by his detention, but added that he had missed his family, especially his five-month-old son.

“Despite the fact that he has been locked up for the last 62 days, he remains confident, strong, healthy and in very high spirits,” Mr. Ndukwe said. “He misses his family very badly, especially his five-month-old son, Aragon, and he looks forward to coming home to be with his family, friends and loved ones.”

He echoed a similar resolve in his statement Friday night.

“I am strong and I am bold and the struggle will continue.”