ntel, Nigeria’s most advanced 4G/LTE network provider, has launched its internet router across its outlets in Lagos and Abuja, Nigeria’s capital. The ZTE Router supports up to 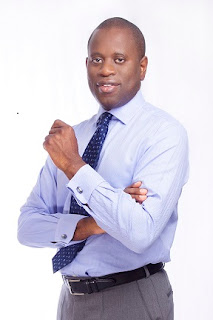 Subscribers who purchase the router alongside one of ntel’s unlimited data plans of N10,000/monthly; N3,000/weekly and N1,000/two days, will be treated to a whole new internet experience.

As part of activities to mark the sale of its superfast routers, ntel is offering visitors to its stores an opportunity to experience its superfast internet speed at three of its outlets in the two major cities where they have coverage.

Speaking on the router, Kamar Abass, CEO of ntel said "This is the ideal router for households as well as small and medium scale businesses and other organisations who require superfast internet service.  Our routers which are Cat 6 with 4 x 2 MiMo will not only guarantee superfast internet access but can serve up to 64 multiple users at the same time. For data hungry Nigerians looking for superfast internet speeds up to 230mbps over a 4G/LTE connection, this is the device for them.”

The router operates on 2.4 GHz for better wall-penetration capabilities and 5 GHz for faster throughput and lower interference. The powerful gadget also supports gigabit wired connections so that it is possible to copy files over a LAN at a speed higher than 80 MB/s.

The ZTE MF286 is similar in size to a traditional wireless router, but its ability to: deliver speeds of up to 230 Mbps using the 4x2 MIMO technology; operate on dual SSIDs 2.4 and 5GHz for better wall-penetration capabilities and lower interference respectively; function in active mode for 6 to 8 hours using its 3,000mAh battery and support file sharing among users on the same wi-fi network via its USB port —makes it special. It has an exclusive design, with a main body enhanced with graceful curves, to improve the visual effect and feel.

ntel is Nigeria’s most advanced mobile 4G/LTE network providing superfast Internet Access that enables high-definition voice, data and video services. ntel’s network is built on the 900/1800 Mhz frequency bands which are the best propagation frequencies for the deployment of 4G/LTE technology.