The rabble of medieval English county families baying for broken glass pales in comparison with the rancour currently tearing at the heart of Mohammed Babangida, scion of former military president, Ibrahim Babangida dynasty. 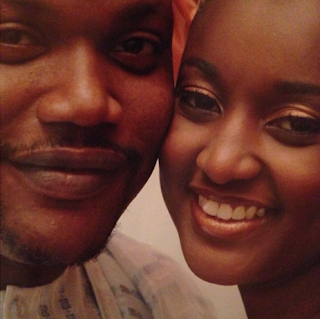 Since his marriage with Rahma hit the rocks, he has known no peace. Having suffered the action and counteraction that projects the reciprocal struggle of discordant feelings in wedlock, Mohammed was devastated to see his marriage crash to the disharmony that resulted from his protracted marital blues with Rahma, the daughter of billionaire businessman, Mohammed Indimi. Although the sordid details of their relationship was an open secret in high society circles, Mohammed, his family and friends tried to keep the news as a closely guarded secret.

While Rahma struggled to come to terms with her untimely separation from her Mohammed, the son of Rtd. General Ibrahim Babangida rediscovered joy in the arms of his first love, Umma, leaving Rahma stuck with the pain and intrigues of their separation.

But just when the high society was beginning to accept the reality of his presumed blissful union with Umma, a damaging audio about Mohammed and his new bride, Umma, was reportedly leaked on the social media.

It would be recalled that his estranged wife, Rahma, commented on the audio on her Instagram page thus:

“Woke up to this, a recording of Mo saying some nasty things about his current wife. I wonder what he has been saying about me when we were married. ,(not cool muha, not cool) may Allah protect us all from people like this. Ameen. #justsaying

The leaked audio reportedly indicated that Mohammed accused Umma, his second wife of sleeping around. However, few days after the audio started trending, and Rahma became associated with its leak, the heiress to Mohammed Indimi’s fortunes, issued a prompt response on Instagram. She said she wasn’t the one who leaked it and does not in any way support the action. Rahma posted her response on her Instagram page thus:

“It is rather unfortunate that people you confide in can just go through your phone and post such an embarrassing audio of you know who. It is no secret that we have been divorced and I did not hide it.
He is the father of my children and I do respect him. The leakage of the audio was done in poor taste so people pls stop tagging me. I had nothing to do with it. someone thought it should be out there and I disagree. What goes on in his house is his Business and not mine.My advise is just watch what you say and to whom you say it to. I wish them nothing but happiness. I have done so in the past and I will continue to do so. May Allah help us and guide us. Ameen.”

While Rahma vehemently denies her alleged role as the mastermind of the audio leak and the resultant scandal, her ex-husband, Mohammed, is finding it increasingly hard to deal with the aftershock of his marital misadventures. Mohammed is clearly one of those grooms who, having gotten married, could not settle down to enjoy wedlock. His first marriage to Rahma was ravaged and broken by upheavals and despite hopes that he and his second wife, Umma, would survive the rigours and intrigues of celebrity marriage, they lost that loving feeling and the magic that imbues marriage with bliss.

Findings revealed that Umma was the first woman Mohammed ever fell in love with. Though he would later get married to Rahma, he didn’t stop thinking of Umma and how blissful his life would be, had he married her.

Thus when Mohammed announced, four years into his marriage with Rahma, that he would be taking a second wife, it was hardly surprising to his family and friends who knew he still held a torch for his first love, Umma. Mohammed’s decision was duly supported by his superrich family whose vast wealth and contacts had earned them a pride of place among the world’s privileged aristocrats. Being the heir apparent to the Babangida dynasty, the family left no stone unturned to ensure that the marriage was a grand affair.