Traditional Council Shops For £8,000 To Bring Back Remains Of Prominent Ogun Traditional Ruler, Akarigbo From U.K

A prominent monarch in Sagamu, Ewusi of Makun, Oba Timothy Akinsanya, has said the Remo Traditional Council needs £8,000  to fly back to Nigeria the remains of the late Akarigbo and Paramount ruler of Remoland, Oba Michael Sonariwo. 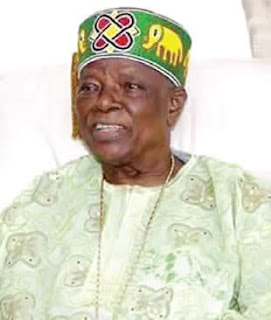 The Akarigbo died in the United Kingdom last Saturday.

The Ewusi, who spoke with journalists on the telephone on Monday from his palace in Sagamu, said the traditional council had sent a representative to the Ogun State Governor, Ibikunle Amosun, to assist them in meeting the financial requirement.

The monarch said he had confirmed the death of the paramount ruler through his wife, Abosede, who was with him in the UK where he had been flown to since July 17 when he took ill.

Oba Akinsanya said, “We have delegated the Asiwaju of Remoland to meet with the governor in a bid to help us in raising the £8,000 expenses needed to bring the monarch back home.

The Ewusi said the passage rite for the departed Akarigbo would commence as soon as the body was brought back home.

Akarigbo, until his death, was the Chairman of the Ogun State Council of Obas, and he died at the age of 80.

When contacted, the state Commissioner for Local Government and Chieftaincy  Affairs,  Chief Jide
Ojuko, refused to confirm the passage of the paramount ruler.

He said the government was still waiting for official confirmation from the Remo Traditional Council.

Ojuko, who spoke to our correspondent on the telephone, added that he learnt that the council met on  Sunday and Monday.

He said, “We are still waiting for official report from the Remo Traditional Council. I learnt the council met yesterday (Sunday) and they are meeting again today (Monday). Until we have an official report on the monarch’s passage,  we cannot make any public announcement on it yet.”