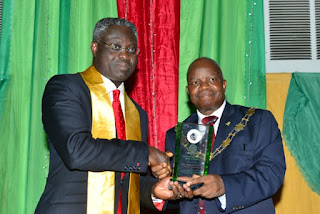 He said this on
July 22, 2016 when he delivered the fourth Valedictory Lecture of the Chartered Institute of Bankers of Nigeria (CIBN) on the topic “The Emergence of a Nigerian Pan-African Bank” to a parked hall of bankers and financial industry players.

Oduoza used the lecture to share his experience and challenges in helping build one of Africa’s largest banking groups, UBA Plc, not forgetting the lessons learnt from the bank’s expansion into Africa.

He spoke extensively on UBA’s expansion into Africa, the rational for the expansion and the strategies adopted to derive maximum value and reduce the risks of UBA’s foray into different African countries. 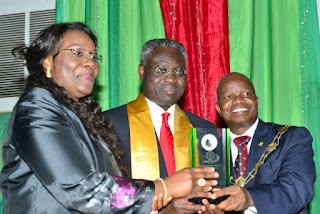 Speaking specifically on the need to improve intra-Africa trade in order to drive the growth of Pan-African banks like UBA, Oduoza decried the low levels of intra-African trade. “The volume of formal intra-African trade is relatively low and estimated between 10 per cent and 12 per cent of Africa’s total trade. Comparable figures are 40 per cent in North America and about 60per cent in Western Europe”

He listed lack of the required infrastructure and policies as the major challenges to intra-Africa trade while noting that the adoption of policies like tax holidays, waivers, and market interventions to promote investments in sectors outside commodities will help diversify African economies and drive intra-African trade.

“I strongly feel African Central Banks have a greater role to play by collaborating to promote the development of cross border trade platforms in order to encourage the informal sector to join the formal banking system. When this is done, the opportunity will be readily captured by Pan-African banks.” 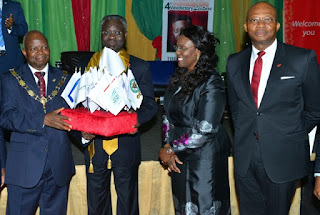 He also noted that “Intra-African trade growth will be further supported by the introduction of a visa-free travel policy across the continent by the African Union as well as the development of intra-regional transport infrastructure.”

“Data shows about 12 per cent of the population in Sub-Saharan Africa have a mobile money account as against 2per cent of adults worldwide. I believe mobile technology has the potential to vastly expand financial inclusion across Africa. Pan-African banks with a good understanding of the continent can leverage their technology platform to capture this opportunity. Invariably this will mean a growth in retail banking as most of those financially excluded fall within this bracket”