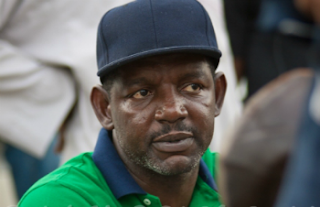 The Asset Management Corporation of Nigeria said on Monday that it had initiated steps to wind down MRS Holdings Limited over its inability to repay the N81bn the company owed it.

AMCON said it commenced a wind-down proceedings against MRS Holding Limited owned by a top businessman, Alhaji Sayyu Dantata, at a Federal High Court in Lagos following the inability of the firm to settle the outstanding debt.

The corporation had in the suit No. FHC/L/CP/923/2016 asked the Federal High Court, Lagos Division, to allow it to force MRS, a major player in the downstream sector of the oil and gas industry in Nigeria, into compulsory liquidation.

The corporation said in a statement, “MRS entered into an agreement with AMCON in February 2014 to restructure the debt, which then stood at over N74bn. In the agreement executed by Alhaji Dantata and another executive director of the oil company, MRS agreed among other conditions that in the event of default, all concessions granted under the terms of settlement shall be revoked and the facility called in at the discretion of AMCON.

“Alhaji Dantata and one of his directors also signed a default indemnity, which stated that if MRS Holdings Limited failed to pay any sum (of principal, interest or otherwise) due or to become due as agreed, MRS Holdings Limited shall pay additional interest at a default rate determined by AMCON on the unpaid sum from the date when such payment was due up to the default payment.”

MRS described itself on its website as “an African conglomerate in diverse activities, yet focused on capturing the entire value chain in oil trading, shipping, storage, distribution and retailing. We are one of the largest and most efficient downstream players with solid roots in Nigeria and leading positions in fuels and lubricants market in Cameroon, Benin, Togo and Cote D’Ivoire.”

Some of the subsidiaries of MRS Holdings are MRS Oil Nigeria Plc, which has a lube blending plant at Apapa, modern Avjet facilities in Lagos and Abuja, over 416 retail stations all over the country, and a two-million-litre per day fuel terminal at Apapa, Lagos; MRS Oil & Gas Limited that has a 107-million-litre storage capacity terminal with a jetty at Apapa, Lagos, Isolo truck staging area for over 1,000 trucks, and 15 loading arms gantry with a capacity of 15 million litres per day; and Corlay in Benin Republic, Togo and Cameroon.

AMCON stated that about 400 of its obligors accounted for more than N4.5tn, which is approximately 80 per cent of the total outstanding loan balance of the corporation’s over 12,000 accounts with obligors who had become recalcitrant over time despite efforts to recover outstanding sums against them.