Finally, Abubakar Atiku is going for broke against his arch rival, Bola Ahmed Tinubu. Like a veteran chess genius gunning for the jugular of a fearsome opponent, Atiku, a former Vice President (VP) of the country, has launched a war of wits and political subterfuge against two-time governor of Lagos State, Bola Tinubu. 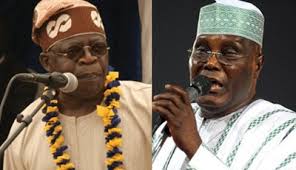 Atiku’s recent offensive against Tinubu is however, being delivered as sneaky punches from the sidelines. The former VP has decided to go against the wishes of APC national leader, Tinubu, by secretly backing and sponsoring the gubernatorial ambitions of APC’s Rotimi Akeredolu, Olusola Oke and Eyitayo Jegede, incumbent Attorney-General of the State who is also a chieftain of the People’s Democratic Party (PDP) in the state, at the forthcoming governorship elections.
Curiously, however, Jegede was Atiku’s lawyers for so many years.

Atiku is throwing his weight behind the trio in desperate bid to thwart the emergence of Tinubu’s anointed candidate, Prof. Rotimi Ajayi Boroffice, as the APC’s governorship candidate. Sources within the APC revealed that Atiku is working hard to best Tinubu in the ensuing war of will and test of might over the forthcoming elections. 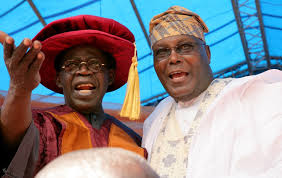 So desperate is the former VP to tame and outshine Tinubu that he resorted to such extreme measure as secretly sponsorship of the candidacy of rival PDP candidate, Jegede, in his bid to pull all stops in ensuring that Tinubu does not have his way. Although President Muhammadu Buhari has decided to back Tinubu’s candidate for Ondo governorship seat, Atiku would rather one of his three candidates win Ondo’s most coveted political seat.

In few months, subject to the timetable of the Independent National Electoral Commission, the people of Ondo State will go to the poll to elect another leader that will take over from the incumbent governor, Dr. Olusegun Mimiko, whose tenure expires on February 23, 2017

..thecapital
Posted by MAN ABOUT TOWN at 4:48 AM