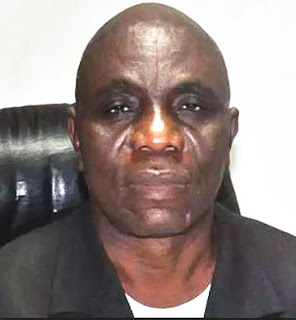 Abducted director of account in the office of the Lagos State Governor, Akinwunmi Ambode, Mr. Thomas Otuyemi, and his son have regained their freedom.

Our correspondent learnt that the two were rescued by the police on Tuesday from a hideout in the
Agbowa area of Ogun State.

In the same operation, a Lebanese contractor, who had been abducted since Monday, July 4, was also freed.
PUNCH Metro had reported on Tuesday that some gunmen abducted 60-year-old Otuyemi and his son in the Epe area, while they were returning home on Saturday.

It was reported that the gunmen, who came from the creek in Epe, took the victims to their hideout.

Our correspondent also reported that the Lebanese, who was a contractor with the construction company handling the dualisation of the Epe Township Expansion project in Epe, was kidnapped by the gunmen in the area on July 4.

He was reportedly inspecting the site when he was whisked away by the gunmen in a car.

PUNCH Metro learnt on Tuesday that Otuyemi and his son, the Lebanese and another victim, were rescued from the kidnappers’ den in the Agbowa area.

When our correspondent visited the Governor’s Office, Alausa, on Tuesday, a source said Otuyemi and his son were in good condition.

“Epe is becoming notorious for kidnapping. About four notable persons have been abducted in the area in two weeks. The kidnappers usually take advantage of the waterways.”

She said, “The police have succeeded in rescuing the director and his son and they have been reunited with their family members. They were rescued in Agbowa in Ogun State on Tuesday.

“Two other victims were rescued as well. One was the Lebanese contractor who was abducted in the same Epe area and the other was a man abducted in the Ogijo area. Rescue operation is still in progress.

“The police are tracking the kidnappers. But for now, no arrest has been made.

“All the victims have been reunited with their families. We have said several times that we are not part of any ransom. We are only concerned with rescue.”

The Lagos State Commissioner for Information and Strategy, Steve Ayorinde, could not be reached for comment as his line rang out.

A text message sent to his phone on the incident had yet to be replied to.