Information available have it that Billionaire business man, Tunde Ayeni is deeply troubled. 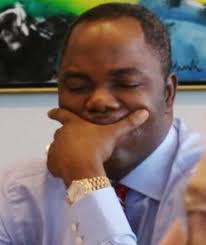 And his anxiety is said to stem from possible prosecution for offences that resulted in his ouster as Bank Chairman.


Ayeni a well connected government business person was until a couple of days back the Chairman of Skye Bank.

He was forced out over offences that revolves around abuse of office.

And that he failed to service over the years, using his position as Bank Chairman, major stake holder and decision maker to have his way.

The loan attributed to his name is said to be in the region of N102billion.

Societynowng.com learnt in getting away with this deed over the years, Ayeni breached several rules guiding banking operations, including the ones that attract prosecution and heavy sanctions.


But digs revealed the connected money man is all out to avoid prosecution at all cost.

''That would be a big blot on his image...he needs to maintain a clean record, he has too much at stake not to'' a source disclosed.

Findings revealed outside of major investments in the country to his name, Mr Ayeni is an international business  with need for an above board profile to conduct his affairs.

Further digs however revealed though he is no stranger to being a subject of investigation for corruption, he has never been charge to court on such allegations.

According to a source '' Ayeni once spent time in detention with the Economic and Financial Crimes Commission while the agency investigated alleged linkage to transactions with the Bayelsa state government to establish a case of corruption against him...but the case never went to court''

The money man was an associate and personal friend of the then governor of the state -but now late-, Diepreye Alamieyeseigha.

''And Ayeni wasn't as big as this back then'' another source pointed.

Presently the billionaire business man is credited with stake in another financial institution, Heritage Bank and is said to own major stakes in electricity companies Ibadan and Yola Discos.

Outside of these he is listed as the main man in the investors team that acquired Nigeria Telecommunication Limited (NITEL).

Said to own a private jet of his own, the person of interest is equally listed as having a major investments in ......

''He has put the vast contacts these business opportunities afford him to resolve his current predicament and prevent any form of prosecution'' a source divulged.

Societynowng.com learnt the billionaire is very keen to avoid facing prosecution for offences that resulted in his ouster as Bank Chairman because of the grave possibility that lurks behind the development.

''It places his massive investments in jeopardy'' a source stated simply and explained that, already Ayeni's stakes in the electricity companies, Heritage bank, Nitel and others are being claimed as proceeds of the unpaid and unserviced loan he awarded to self as Skye bank Chairman.


''A good prosecutor can make a mince meal of his investments if trail to establish that theory to a certain degree is established...that is his fear'' a source pointed.

Societynowng.com however gathered that already the embattled billionaire is battling hard to avoid such a damaging scenerio.


And according to surface indications his ploy appears to be working.

He is said to be passionately working at securing a ''boardroom solution'' to his travails.

''And the fact that he was made to resign and not sacked is a good tilt towards this agenda'' another source pointed out.

Along with the entire board of Directors, Managing Director Timothy Oguntayo inclusive, instead of sack for the kind of offences committed  - Tunde Ayeni resigned his leadership position in the bank and a fresh team immediately took over affairs of the financial institution.

The move came at a big cost for the troubled money man societynowng.com learnt.

He lost considerable influence in the scheme of things - and stake insiders revealed.

Talks about town have it political leader Asiwaju Bola Tinubu leveraging on the stake of Ibile Holdings, a business concern of Lagos state government  amongst other things has now assumed position of behind the scene decision maker - a spot formerly occupied by Tunde Ayeni in the affairs of the financial institution.

But on his part, Ayeni is said to be involved in negotiations to keep any form of prosecution as far away as possible.

The negotiation is said to touch on drastic reduction of his influence on the affairs of the bank, along with stake- against the background of a ''workable'' plan and schedule to pay off his gargantuan loan facility.

societynowng
Posted by MAN ABOUT TOWN at 2:16 AM