The political confusion over who is the rightful governor of the South-east state of Abia will endure at least untill Thursday, when the Federal High Court, Abuja, will give its ruling on the stay-of-execution order filed by embattled Okezie Ikpeazu. 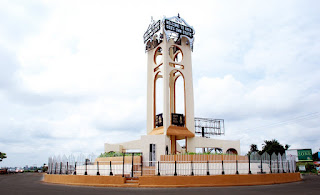 The court on Monday fixed July 7 to rule on the application filed by Mr. Ikpeazu, whose election was annulled and certificate of return withdrawn.

Mr. Ikpeazu filed the stay-of-execution application days after the court sacked him from office for failing to pay his personal income tax as at when due.

Hearing the application on Monday, Justice Okon Abang declined to set aside his judgment, saying he would hear other applications on the matter on Thursday.

The counsel to Mr. Ikpeazu, Wole Olanikpekun, had asked the court to set aside the earlier order for a certificate of return to be given to Mr. Ogah.

But counsel to Mr. Ogah, Alex Izinyon, filed a counter-affidavit against Mr. Ikpeazu’s application for stay of execution.

Mr. Olanipekun then asked for time to look into the details of Mr. Izinyon’s argument in the counter-affidavit.

He also prayed the court to treat the matter without delay.

Justice Abang then fixed the next working day, July 7, to hear the application and other applications in the matter.

The Federal Government has fixed Tuesday July 5 and Wednesday July 6 as public holidays so Nigerian muslims can join their counterparts around the world for end-of-Ramadan festivities. July 7 is the next working day in the country.

Justice Abang had on June 27 sacked Mr. Ikpeazu as governor after the court found him guilty by of tax evasion.

Mr. Abang had, in that judgment, directed the Independent National Electoral Commission (INEC) to issue certificate of return to Mr. Ogah who came second in the primaries conducted by the Peoples Democratic Party in the state.

In a swift reaction to the judgment, Mr. Ikpeazu filed an appeal before the Appeal Court in Abuja. He also filed a motion for stay of execution of the judgment at the Federal High Court.

However in compliance with the court order, INEC issued Mr. Ogah a certificate of return on June 30, and he (Mr. Ogah) immediately headed to Abia to be sworn in as governor.

But an Abia State High Court hurriedly issued an injunction stopping the state’s chief judge or any other judicial official in the state from administering the oath of office on Mr. Ogah, pending the determination of the motion on notice at the Court of Appeal.

“Upon this motion ex-parte pursuant to section 143 (1) & (2) of the Electoral Act 2010 (as amended) and pending the determination of the motion on notice, after hearing O.O Nkume, counsel to the applicant,” Justice Chibuzo Ahuchaogu said.

“It is ordered that an order of injunction is hereby made restraining the 2nd defendant (INEC) from issuing a certificate of return to the 1st defendant (Ogah) while the claimant (Ikpeazu) remains in office in accordance with section 143 (1) & (2) of the Electoral Act 2010 (as amended) and pending the determination of the motion on notice.

“It is further ordered that the 3rd defendant (chief judge of Abia State) or any other judge of the court or any judiciary officer are hereby restricted from swearing-in the 1st defendant (Ogah) while the claimant (Ikpeazu) remains in office in accordance with section 143 (1) & (2) of the Electoral Act 2010 (as amended) and pending the determination of the motion on notice.”

The state has, consequently, remained without a clear leadership since Thursday