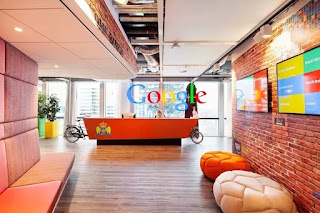 Google on Tuesday was sued for illegally invading the privacy of millions of users by tracking their internet use through browsers set in private mode.

According to the complaint:

Through its pervasive data tracking business, Google knows who your friends are, what your hobbies are, what you like to eat, what movies you watch, where and when you like to shop, what your favorite vacation destinations are, what your favorite color is, and even the most intimate and potentially embarrassing things you browse on the internet—regardless of whether you follow Google’s advice to keep your activities “private.” Indeed, notwithstanding consumers’ best efforts, Google has made itself an unaccountable trove of information so detailed and expansive that George Orwell could never have dreamed it.

As stated in the court document filled at the federal court in San Jose, California, it alleges that Google gathers data through Google Analytics, Google Ad Manager, and other applications and website plug-ins, including smartphone apps regardless of whether users click on Google-supported ads.

It was further stated by the complaint that Google must be held accountable for the harm it has caused to its users in order to ensure it cannot continue to engage in the covert and unauthorized data collection from virtually every American with a computer or phone.

However, Jose Castaneda, a Google spokesman, said the company will not fail to defend themselves vigorously as they have clearly stated each time a new incognito tab is opened that websites might be able to collect information about your browsing activity.

The lawsuit seeks at least $5,000 of damages per user for violations of federal wiretapping and California privacy laws, and the plaintiffs are seeking a jury trial according to report by the Daily Mail.