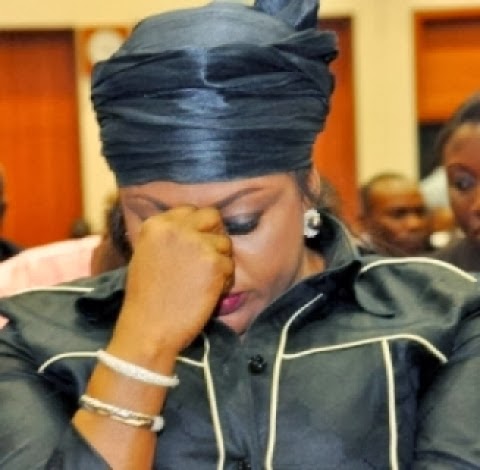 With the embers of the flames of the controversies generated with her outrageous bullet proof cars purchase scandal yet to be put out, Aviation Minister Stella Oduah is at the centre of another growing crisis

Here is how sahareporters unveiled the brewing problem.
'Stella Oduah, Nigeria’s Minister of Aviation who is embroiled in a scandal of towering proportions in the ministry, faces new integrity questions as her Masters’ degree has been challenged by the United States school which supposedly awarded it.
Her resume, which she presented to the Senate as a ministerial nominee in 2011, indicated she obtained a Master's degree in Business Administration (MBA) from St. Paul’s College Lawrenceville, Virginia, United States. But SaharaReporters has learned from the President of the college that it has never in its 125-year history had a graduate school or graduate program.

'Similarly, the school’s website states: “Saint Paul's College is accredited by the Commission of Colleges of the Southern Association of Colleges and Schools to award baccalaureate [bachelor’s] degrees.”  There is no mention of graduate degrees.'
Posted by MAN ABOUT TOWN at 1:50 AM