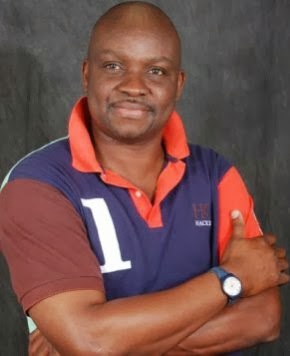 Disarming talker and former governor of Ekiti state, Mr Ayo Fayose is back in the news.

Here is a reproduction of trending report of the development

'Ekiti State former governor, Ayo Fayose wears a visage that naturally attracts the  attention of ladies. He is quite a looker and he is able to hold his own, fashion wise. So far, since he shot into limelight, Fayose has managed to maintain an almost clean record, as regards his relationship with the opposite sex is concerned.

However, his affair with a Jumoke Odofin, a Lagos based lady, has proved that the astute politician is still a hot item among the womenfolk.

According to close sources, Fayose is currently involved in a steaming love affair with Jumoke Odofin, a former mistress of Fuji czar, King Wasiu Ayinde Marshal, K1 De Ultimate. The affair was ignited a few months ago and it has been waxing stronger by the day. Jumoke is a regular sight at Fayose’s palatial home in Magodo GRA. 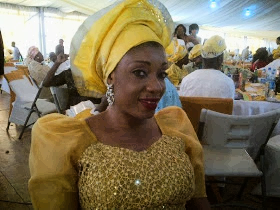 'Jumoke is in her early 40′s. Her affair with K1 dated back when she was still living in the United States of America, USA. She was introduced to K1, who was then on a playing tour in New York City. The two took to each other and began an affair, which created a swirl of sensation within the social circle in New York.

The affair was described as being a very tumultuous one, for it was chatacterized by so many allegations, bothering on infidelity and dishonesty. But it resulted in the birth of a son, Rilwan, who is an exact replica of the Fuji musician. The fair complexioned and gap-toothed lady later fled to Canada when she ran foul of some immigration laws. Somehow, Jumoke was not able to get the desired respite in Canada, because she encountered some problems while there as well. This led her being ‘held’ for some months before she was eventually deported to Nigeria. Sources disclosed that Jumoke and K1 share a no-love lost relationship. 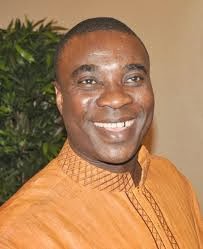 However, the Ikorodu born lady seems to have put all those unsavory experiences behind her. She is enjoying her love affair with Fayose, and she has been informing people that her lover has promised to make her the First Lady, should he win the governorship election, coming up in  June 2014.'
Posted by MAN ABOUT TOWN at 3:41 AM