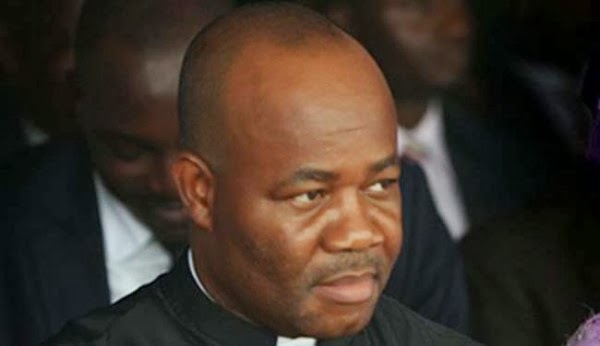 A deepening money for appointment mess is currently recording the Government of Gov Godswill Akpabio of Akwa Ibom state.

And indicted are individuals labelled 'his family members'.


Specific mentions are being made of messrs Emem, Prince and Ibanga Akapion - all cousins of the Governor.

They are unofficially reffer to as 'the Ukana Mafia', a powerful circle that supports everything Governor Akpabio.

The immediate case of money for appointment case against them surrounds Barrister Effiong Aba. The commissioner for Rural Development.

The Akpabio's cousin were said to have hoodwinked him into parting with N20m for facilitate the Governor's favourable disposition to supporting the Commissioner as his successor.

The Commissioner was reportedly subjected to a 'secrecy pact'.

A third party in the know of the trio's antics of using same 'theory' to get money from other 'gullible' victims blew the lid on the development.

The Akpabio's using their influence with the Governor as leverage have reportedly turned office seeking by politicians in the state as a 'mega money making venture'.

The ploy used is to get funds from aspirants depends on post interested in divulged a source.

Her is a compilation of the other Akpabios- directly or indirectly- in the Akwa Ibom government,Chief Emem Akpabio, is widely regarded as the “Godfather of Akwa Ibom Politics” even though he works in the private sector. His word is said to be law. Prince Akpabio, popularly known as “The Mega Prince of Akwa Ibom” is the Personal Assistant to Governor Akpabio and is quite influential too, while Ibanga Akpabio is the two- term Secretary of the Peoples Democratic Party (PDP) in Akwa Ibom, and is seen as a “governor” in his own right. The governor’s elder brother, Ekan is the big masquerade that only makes occasional appearance in the arena at momentous occasions while his younger sibling Nsentim, no less influential, has chosen to operate from the background.
Posted by MAN ABOUT TOWN at 1:31 AM