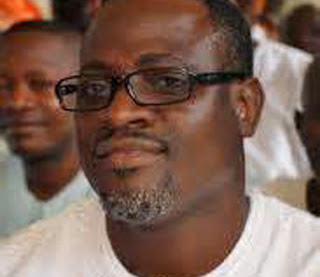 Mr Tajudeen Ajide, the chairman of. Surulere local government is in a quandary. And his position is at stake.


Councillors working with him have levelled grave allegations premise on high level of incompetence, monumental graft, callousness, and total disregard for all democratic principles against him.

And from the look of things, the evidence is such that Ajide faces moves by the Lagos state house of assemble to commence suspension proceeding against him.

Here is a detail report of the unfolding happenstance.

In a petition to the Lagos State lawmakers dated 14 March, 2013, the Councillors accused Mr. Ajide of monumental graft and a “high level of incompetence, callousness, and total disregard for all democratic principles.”

The Councillors also accused the council boss of abuse of office by seeking to witch-hunt them for performing their statutory oversight duties.

The petition, which was forwarded to the Lagos State House of Assembly by Oluwasegun Ijitola, the Council Leader, and co-signed by all nine Councillors; sought the suspension of the council boss.

'Efforts by PREMIUM TIMES to reach Mr. Ajide were unsuccessful.

Repeated visits to the council secretariat in Surulere yielded no result as Mr. Ajide was said to be “not in the office.”

Also, calls to his two phone lines did not go through.

In a move reminiscent of the impeachment of Ayodele Adewale, the Chairman of Amuwo Odofin local council, the Councillors say the council boss has failed to carry them along in the governance of the local government.

'Mr. Adewale was impeached by his Councillors, in 2010, on allegations of maladministration and misconduct, but was controversially reinstated on the orders of the state House of Assembly.

Due to Mr. Ajide’s failure to address several complaints by the legislative arm of the council bordering on corruption and abuse of office, the Legislative Council of Surulere Local Government at its sitting of Thursday, March 14, 2013, resolved to commence suspension proceedings against him.

'Some of the allegations include misappropriation of public funds and contravention of the Public Finance Management Law of Lagos State and aiding and abetting through criminal conspiracy by awarding contracts to his allies and cronies through which Local Government funds were siphoned.

Although N19 million advance payment had been made since March 2012, the contract is yet to be executed and the mobilisation fee yet to be refunded.

“The same Mr. Ayo Odemilua is allegedly on the pay roll of the Local government as a member of the Local Government Revenue Committee being paid with Tax Payers Money,” the committee added.

Mr. Ajide was also accused of collecting various sums of money both in naira and foreign currencies in form of salaries and purchase of official cars for office of the wife of chairman which does not exist.

'The chairman was also accused obtaining bank loans and overdrafts at various times between October 2012 and February 2013 without the knowledge and approval of the Legislative council, in contravention of the Lagos State Public Finance Management Law 2011, Section 65(i).

He was further accused of violating the Law of Lagos State Public Finance Management law 2011, section 57(2) by appointing a politician as the Chairman of the Revenue Committee of the Local Government.

“Award of over-inflated and questionable contracts. According to one of the Contractors (TEN KINGS LTD), who confessed that the Executive Chairman collected the sum of N3,000,000 from him to influence the award of contract approval from the Ministry of Local Government. Purchase of a N17m vehicle for the office of the Chairman without delivery of same to the Council,” the committee stated.

Vote of no confidence

The Councillors also accused Mr. Ajide of failing to have parliamentary meetings with them, as stipulated in the Administrative Guideline of Lagos State for Local Governments.

Their petition further alleged that 18 months into his tenure as council Chairman, Mr. Ajide had only had two parliamentary meetings with them which lasted for one hour.

“Despite continuous bookings of appointment for Parliamentary meetings with the Chairman by the Leader of The House on monthly basis both verbally and written, no response from the Executive Chairman till date.

The Councillors further accused the council boss of conniving with some members of the Revenue Committee to collect N50,000, N30,000, and N20,000 weekly from agents of commercial motorcyclists, tricycle riders, and bus drivers in the name of security fee, despite collecting N1 million as security vote monthly.

“In addition to this, petitions written against the Revenue Committee was investigated and members made confessional statement on the floor of the house that it is true they collect such money from the Revenue Agents which is not in line with the Existing Bye Laws of the Local Government.

“Documents was requested by the Legislative council to ascertain the level of fraud rocking in the Revenue Committee of the Local Government by the existing by the Chairman and Revenue and Revenue Committee on 3 occasions and nothing has been presented till date. Instead the Executive Chairman shield them because they are his fronts through which he siphoned Tax payers Money” the councillors said.

For their tenacity in demanding probity from Mr. Ajide, the Councillors said that they were served a fake Writ of Summons.

Based on Legislative Council committee’s findings and following its resolution, dated 19 November, 2012, a vote of no confidence was passed on the Chairman.

'The Councillors subsequently sought the approval of the House of Assembly to suspend Mr. Ajide and urged the House to investigate the allegations in order to save the council people from his “squander mania” as well as to redeem the image of the All Progressives Congress, APC.

Following the Councillors’ petition, the Civil Society Network Against Corruption, CSNAC, has petitioned the Economic and Financial Crimes Commission, EFCC, to investigate allegations against Mr. Ajide.

CSNAC, a coalition of over 150 anti-corruption organisations aiming to combat corruption, urged the Commission to prosecute the council Chairman.

“In view of various newspaper reports and documentary evidence at the disposal of our Network, we wish to call for an immediate investigation into the records and activities of Surulere Local Government in Lagos State,” said Olanrewaju Suraj, CSNAC’s Chairman.

Although the Clerk of the Lagos State House of Assembly had summoned Mr. Ajide based on the petition, the council boss has continued to corruptly enrich himself and his cronies, CSNAC stated.

“Following above listed allegations against Mr. Ajide and failure of the Lagos State House of Assembly to discharge its constitutional duties on this matter, we here demanding an urgent investigation and necessary action of your Commission on this matter,” Mr. Suraj added'
Posted by MAN ABOUT TOWN at 3:46 AM