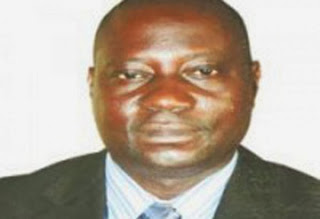 Sources confirmed the deceased showed no sign of ill health or related premonition before he passed on.

A pastor at the Redeemed Christian Church of God, the former public figure was said to have held a 'house fellowship' at his home, the evening preceding his death.

He was described as 'his usual upbeat' person.

Sources described the sudden occurrence ' a big shock' to friends and family.

Unconfirm information hints at 'heart attack' as possible cause of death of the ex information commissioner..

The former commissioner's remains is disclosed as 'deposited at the mortuary facility of First Mercy Hospital, Akure (Ondo state)'.

Burial arrangements are being fashioned sources further revealed.
Posted by MAN ABOUT TOWN at 1:30 AM