Mr. Ezugwu Joseph, a customer with Eco Bank suffered a saddening and alarming fate during the yuletide vacation. 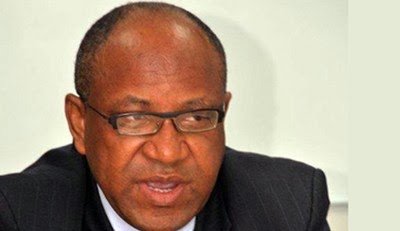 All his earnings suddenly disappeared from the account he maintains with the financial institution.

Strangely the move was perfected using cloned ATM card and cheque book in another state.

Here is a full report of the alarming occurrence


'As the world was preparing to celebrate the last Christmas and New Year, Mr. Ezugwu Joseph, a customer of Ecobank Nigeria Plc was made to be weeping over his funds that were carted away by a fraudster who worked with staffers of the bank to gain access to his account.
According to gongnews.net, Joseph’s Automatic Teller Machine (ATM) card was successfully cloned with which N100,000.00 was removed in five successive days. As if that was not enough, on the 27th December 2013, his cloned cheque book was used to also withdraw N900,000.00 making a total transaction of N1.6million.

'However, while the daily withdrawal were undertaken, it was perfectly done such that the alert did not hit his phone. It was when he got the alert for the withdrawal of N900,000.00 while in Lagos he rushed to a nearby branch of the bank to complain but was told that it would be investigated.
Painfully, the customer who got to the bank on the eve of Christmas found out that the bank had closed early to customers and was unable to cash enough for his family.

'With the carting away of his money which according to him cannot have been done without the active connivance of the bank staffers, his New Year was made bleak for his family as they had practically nothing to celebrate the season.

'However, investigation revealed that the Karu branch of the bank in Abuja was responsible for the fraud.
It was in that branch that the ATM was cloned with a new pin issued to the fraudster. It was the same branch where his cheque was also cloned and the cash withdrawal done with little or no stress for the fraudster who got the cash and vanished peacefully into thin air.

'Joseph who spoke to our reporter in tears said, “this same Ecobank people did the same thing to two of my friends. Why is it becoming a medium of stealing people’s funds? So, does it mean that peoples’ funds are not safe with that bank? It is sad.”'