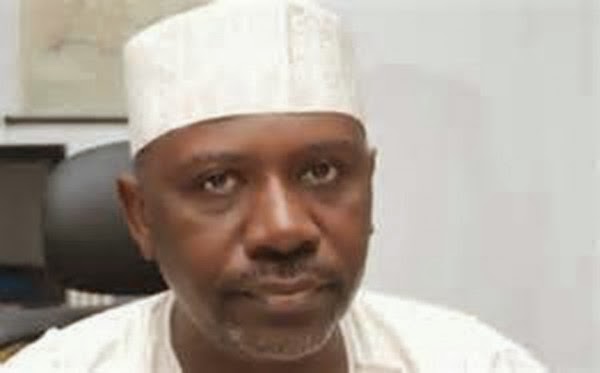 He was reportedly murdered.


Here is a reproduction of report detailing the happenstance

'The office of the Head of Civil Service of the Federation, headed by Alhaji Buka Aji (pictured) has been thrown into a mourning mood following the gruesome murder of the Deputy Director (Expenditure), Alhaji Ahmed Saidu.

Saidu who was abducted by unknown gunmen in the premises of Amigo Supermarket in Wuse2 where he went for shopping after he left office around 10pm on Monday night, was found dead with machete cuts and gunshot wound under a bridge in Gwarimpa area of Abuja on Wednesday.

'Sources said the search for the deceased started on Tuesday after he failed to return home from work and persistent calls by his wife were unanswered.

The wife was said to have reported the matter to the Head of Civil Service on Tuesday morning and the frantic search for him led to the discovery of his body in Gwarimpa.

It was further gathered that late Ahmed’s body was yesterday taken to his hometown in Bichi, Kano state for burial.

It would be recalled that Alhaji Saidu was transferred to the office of the Head of Service about three months ago from the ministry of Defence.'
Posted by MAN ABOUT TOWN at 5:03 AM