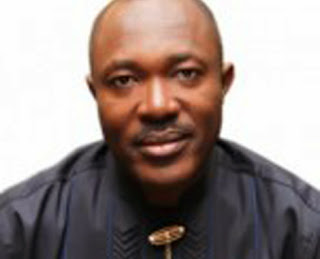 Findings by naijacelebrities.net revealed contrary to his claims, just resigned Rivers state Commissioner for Housing, Marshal Uwom left office to evade indictment for corruption and possible arrest while in office.


Insiders confirmed he was been investigated for misappropriation of funds.

The probe is said to have being on for some time and according to a source 'the investigation just took a grave turn'.

Uwen on his resignation on Monday January 13 2014 claimed 'Series of recent developments, especially the decision of my boss, Governor Chibuike Rotimi Amaechi, to dump the Peoples Democratic Party for the All Progressives Congress formed the basis of my decision to leave the cabinet'.

Insiders however insist he left office as a save face measure and decided to leverage on the political climate in the state by turning a purely corruption case into a political matter.

Analyse a closed watcher of event 'what he has done is very simple...any attempt to bring him to book will be seen as political persecution, especially against the backdrop of his statement that he found it hard to continue to remain in government when is principal as joined another party'

Though it is not clear whether the state government intend to follow investigation of allegation against the former commissioner to logical conclusion, it is however confirmed he antics has enhanced his popularity in the PDP as 'a good party man'.