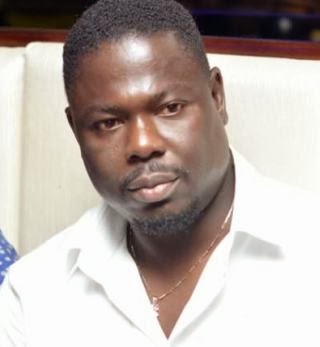 Oil man, Bidemi Fahm is in a bit of a mess.

And his immediate cause for concern is revealed as escapades outside of his business dealings.

This is how societynowng narrates the crisis afflicting the world of the frontman of Westoil Petroleum Ltd.

‘Bidemi Fahm, the boss of Westoil Petroleum services ltd is at the centre of a not so good unravelling drama.

He is at present playing hide and seek with a lady identified as his mistress of two years- Kemi.

The lady tagged an undergraduate is said to be pregnant and after she refused to have the development 'taken care of', Bidemi has reportedly chosen not to have any thing to do with her again.

Informants claim he put action to desire with stringent instructions to security personnel at his Lekki work place not to give Kemi access again. And equally avoided places they were likely to run into each other.

'Insiders however revealed the pregnant mistress found a means to beat the measure and a shocked Bidemi found himself staring at her in his office.

Witnesses claimed he quickly dashed into another office and locked himself up for a whole 7hours to avoid the fury of a woman scorned.

Investigations revealed the commotion and gossips the episode stirred up reached his wife, Tayo labelled a director at Westoil Petroleum as well.

The occurrence is said to have put his marriage at a precarious edge since then, especially with Kemi's claim that she wouldn't 'take care' of this particular pregnancy like the 'others'.

Further digs revealed except for the present pregnancy that threw them apart, Bidemi and Kemi had 'a swell time' for the 2years they dated.

He was said to have enrolled her in her fashion institute abroad (paris) and didn't fail to excite her with material and money gifts at different turns.

'Strangely Kemi is labelled just one of Bidemi's care tenders outside of his 'supposedly happy marriage'.

Outside of being Managing Director and Chief Executive Officer of Westoil Petroleum, Bidemi is also revealed as  Chairman of West Farms and Plastics.

Findings however revealed just like his unofficial conducts, his steps in business are also dogged with a bit of controversies.

Talks have it that he is enmeshed in a bit of 'deals' beyond the bother of above board here and there.

He is also allege to get finances using 'pass off' collaterials.

Documents  that revealed some of these conducts are tagged 'available'.

The embattled business administrator and expectant father out of wedlock is said to have gone underground over the matter.'

...Additional report orijoreporter.
Posted by MAN ABOUT TOWN at 1:19 AM