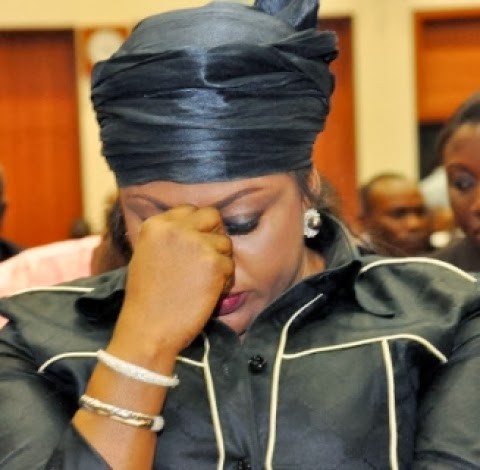 And the reason is simple, she wants to stave off growing interests in her recent certificate forgery mess and
fresh indictment in the controversial purchase of bullet proof cars valued at N255m by panel set up by the President.

Sources explained she embarked on trip out of the country to take her 'off the scene'.

Oduah and her handlers are operating on the strength of the saying that 'out of sight, Is out of mind'.

And they also put emotion into things by infusing the idea of ill health- medical leave.

Findings revealed the game plan is for the embattled minister to stay away till other national issues that would over shadow hers take hold of the nation.

She reportedly informed the presidency she is travelling to Brazil for health care.


'Embattled Minister of Aviation, Stella Oduah, has not returned to Abuja after SaharaReporters broke the news of her certificate scandal, presidency sources said on Tuesday.

They told SaharaReporters the minister informed President Goodluck Jonathan that she was attending to her medical needs in Brazil, following which she apparently left for an undisclosed country.

Mrs. Oduah, who was also embroiled in a BMW purchase scandal prior to the certificate mess, reportedly took off from Nigeria after the report of a presidential panel indicting her for a string of corrupt practices was leaked to her. The panel reportedly went beyond its initial brief to unravel a string of corrupt acts of the minister including how she connived with commercial banks to receive kickbacks for renovation projects initiated at airports across the country.

'The panel, which was set up by President Jonathan in October to look into how she squeezed the cash-strapped Nigerian Civil Aviation Authority to purchase two armored BMW cars for $1.6million.  The story was also broken by SaharaReporters.

Rather than face the consequences of her own actions, Mrs. Oduah has been telling anyone willing to listen that she merely “stepped on powerful toes” in the country'.

Here are some links to background of some of her cases
http://www.naijacelebrities.net/2014/01/on-heels-of-certificate-forgery-scam.html