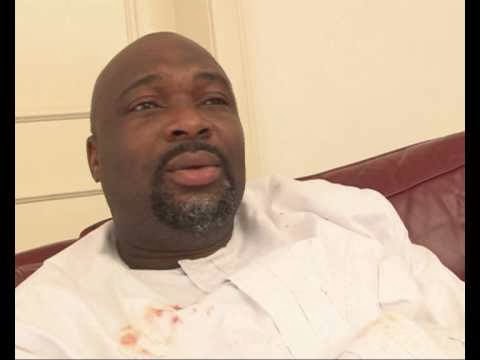 The Rivers State Government Friday alleged that the state's police command’s account of the circumstances surrounding the arrest
of the House Leader of the state’s House of Assembly, Hon. Chidi Lloyd, on Thursday was distorted and untrue.

Also yesterday, Lloyd described the allegations of double murder against him as “another political attempt to destroy him.”

Human rights lawyer and Senior Advocate of Nigeria, Femi Falana observed that from the account of the police and the brother of the man that died in the accident, it was “a case of road accident caused by a police checkpoint.”

The police had on Thursday arrested Llyod for the alleged murder of Police Sgt. Urang Obediah and one Kingsley Ejeuo. The police in a statement issued by the state Police Public Relations Officer, Ahmad Muhammad said Lloyd was arrested on his way to the Air Force Base airstrip to escape justice.
But the state’s government accused the police of lying about the incident and insisted that they cooked up the story linking Governor Chibuike Amaechi to the incident in order to discredit him.

A statement by the Chief Press Secretary to Amaechi, Mr. David Iyofor, said the police in their haste to rope in and tarnish the image of the Governor, had twisted the Account of what happened and the circumstances surrounding it just to link his principal by fair or foul means.

"In another attempt to hoodwink the public and discredit the Rivers State Governor, Rt. Hon. Chibuike Rotimi Amaechi, the Rivers State police command had released a completely distorted and untrue account of the circumstances surrounding the arrest of the Leader of the Rivers State House of Assembly, Hon. Chidi Lloyd on January 2, 2014.

"We emphatically state that Governor Amaechi has no private plane or jet as claimed by the police and Hon. Lloyd was nowhere near the plane that took the governor from Port Harcourt to Abuja."

According to Iyofor, "The Rivers State Governor Rotimi Amaechi was about to leave for Abuja when he was informed that the Rivers State Police Commissioner Mbu Joseph Mbu had ordered that the plane (which is not the governor’s private jet, as claimed by the police) cannot leave Port Harcourt because Hon. Lloyd was in the plane and about to ‘escape’ with Governor Amaechi.

"Shocked, several calls were put across to CP Mbu that were not answered. CP Mbu later showed up and when the governor asked him, he denied giving such an order. He then went on and on, making a baseless, noisy argument that no one could comprehend.

"Governor Amaechi put it to him that he (Mbu) came to search the plane for Chidi Lloyd and told him to go ahead and search the plane. Mbu continued talking endlessly, showing absolutely no respect or regard for the office of the Governor of Rivers State who is the Chief Security Officer of the State.

"Governor Amaechi then called the Inspector-General (IG) of Police; while the governor was speaking with the IG on phone, CP Mbu was shouting at the governor, on top of his voice, trying to disrupt the conversation between the Governor and the IG to the shock and disbelief of those that were there.

"It was when Governor Amaechi arrived Abuja later in the evening of yesterday that he was informed that Hon Chidi Lloyd was arrested in his (Lloyd’s) house in the presence of his family and lawyer. And Hon. Lloyds' lawyer had confirmed that he was arrested in his house."
Lloyd, speaking through his counsel, Emenike Ebete, Frirday said the police had twisted the story to suit a political reason to hang him.

According to Lloyd, contrary to claims by the police spokesman that he drove to kill his political opponent, he did not drive the car involved in the accident, did not know the deceased Ejiohuo in person while he was alive and that he was not arrested by the police near the airport, but in his house, having given the police the direction to the location personally.

“I challenge the police to show video proof that Lloyd drove the car that killed the people in question. It was an accident but the police are seeking ways to implicate Lloyd,” Ebete said.
Falana said since Lloyd was not the driver of the vehicle, there was no way he could be charged for it. “Even the driver of the vehicle can only be charged with reckless driving and manslaughter and not murder. There is no vicarious liability in criminality; the Rivers CP should be well advised by the IG so that he does not start the year exposing police to ridicule.”
Also, a statement yesterday by the Rivers State PDP alleged: “The Rivers State Chapter of the PDP has uncovered plot by the State Governor, Rotimi Amaechi to use an Ahoada High Court Judge, Honourable Justice Charles N. Wali, to obtain all manner of orders to free Mr. Chidi Lloyd and subvert the course of justice.”
Posted by MAN ABOUT TOWN at 1:36 AM