Insiders Allege:Ex Militants' Plot To Cause Insecurity With Protest Against Gov Amaechi Causes Tension In Rivers 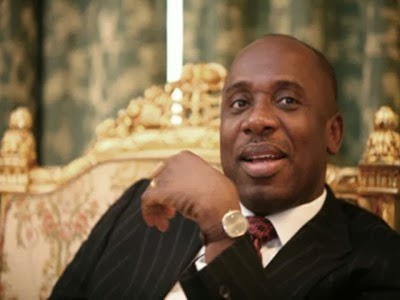 There is an intense plot to cause insecurity in Rivers state with a planned protest against state Governor, Rotimi Amaechi insiders allege
.

Information floating around revealed initiators of the plot as individuals operating under the tag 'Ex Militants'.

The move is disclosed as political.

It is a ploy to portray Governor Amaechi as lossing the grip on security in the state.

The identified point for this planned orchestration is revealed as 'Port Harcourt'.

Informant alleged the move sponsored by opposition to Mr Amaechi.

The Rivers state Governor is presently locked in battle to retain control of power and authority as chief Administrator of the state.

Indegene of the state and wife of the President, Dame Patience Jonathan is accused of interffering with Amaechi's function as Chief Executive of Rivers state.

The planned protest by the ex militants is believed to be antics to cause violence and enable a scenerio for a state of emergency- and ultimate take over of affairs from the Governor.

Informants further revealed, growing knowledge of the planned protest has heightened tension in the state.

Sources disclosed the protest is planned to take place this week.

...source Leadership.
Posted by MAN ABOUT TOWN at 1:28 AM