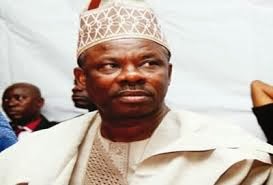 Governor of Ogun state, Ibikunle Amosun just suspended 9 out of the 10 members of the legislative arm of one of the local government areas in the state.

Their offence? They suspended the chairman of the council area for allegedly spending council's fund without approval and general administrative lapses.


Here is a reproduction of trending report on the development.

'Nine out of the ten members of the legislative arm of Imeko Afon Local Government of Ogun State were on Wednesday suspended by the Governor of the state, Senator Ibikunle Amosun.

'The lawmakers led by the Leader of the Council, Hon. Abdul Wasiu had on Tuesday, 7th January 2014 at their first sitting after the Christmas and New Year break suspended the Council Chairman, Tajudeen Ayilara, for: allegedly spending the council’s fund without approval from the legislative arm, the poor state of the local government workers’ condition, inconsistency, nonchallant attitude towards the legislative arm, personalized and egocentric style of administration among others.

However, in a rather surprise move, the State Governor on Wednesday suspended the lawmakers.

'The affected councilors are hereby directed to hand over all government properties in their possession to the Head of Local Government Administration (HOLGA).

They are also advised to steer clear of the council secretariat as relevant security agencies have been duly notified and directed to give full effect to the suspension order”.'
Posted by MAN ABOUT TOWN at 5:32 AM