Ibidun Ajayi Ighodalo Returns After A Bout Of Yet To Be Ascertained Illness. 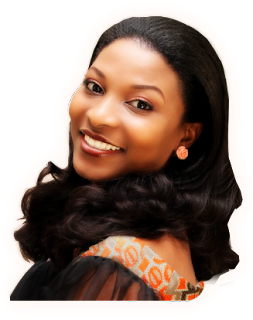 Ibidun, the former beauty queen and wife of celebrated pastor, Pastor Ituah Ighodalo is back on the social scene.

This is after what is generally labelled 'unaccounted span of absence'.


Fresh information attribute her brief spell of unavailability to 'yet to be ascertained ailment'.

Here is how an online platform reports the development

'After a stretched absence from the social scene, Ibidun Ighodalo is back in the country. And she is back on her feet as well, after going through a very health challenging experience.

A former beauty queen, Ibidun is the brain behind Elizabeth R, the upscale event management company. She is married to Pastor Ituah Ighodalo of Trinity House, a mega church in Victoria island, Lagos. It will be recalled that, last year, the society was awash with the rumour, which bordered on Ibidun’s unusual absence within the society. What seemed to have fuelled the speculation was the fact that Ibidun was absent at some high profile events, which were usually packaged by her event company. Moreover,, her husband was also observed to have attended some functions, without her in tow.

'Insiders disclosed to The Elites that Ibidun was struck with a strange illness.

The illness, which affected her two legs, was so severe that she could hardly walk. The report even claimed that when Ibidun’s illness defiled medical cure, she had travelled to the United Kingdom to seek for treatment for her illness, and she was accompanied by her mother. Pastor Ituah and his elder brother, Asue Ighodalo were reported to have ensured that she got the best medical treatment while in the United Kingdom. Their shower of love and care towards her, helped in no small way in speeding up her recovery.

A couple of weeks ago, Ibidun came back home, in time to oversee the decoration of Lagos State with festive lights.

This is an official task, which is mainly handled by her event company. Those who have seen her attested to the fact that she has recovered fully, from the illness.'
Posted by MAN ABOUT TOWN at 4:12 AM