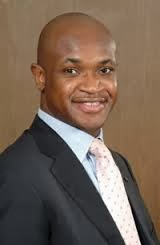 Two workers with the First City Monument Bank Plc, Adeyemi Adebayo, 32, and Ogundare Julius, 46, have been arraigned before an Ebute-Meta Magistrate’s court for allegedly stealing €50,000 belonging to the bank.


The men were asked to transport the money in a bullion van from the bank’s headquarters at Marina, Lagos, to a branch of FCMB at Adetokunbo Ademola, Lagos Island.
Adebayo, the cash transit officer, allegedly connived with Julius, the bullion driver, to divert the money to an agreed place.
The matter was said to have been reported at the police station when the bank officers at the receiving branch did not see the funds.
They were subsequently arrested and arraigned on Tuesday on four counts of conspiracy and stealing.
The charges reads in part, “That you, Adeyemi Adebayo and Ogundare Julius, on December 31, 2013, at First City Monument Bank Plc Headquarters, Marina, Lagos, in the Lagos Magisterial District did conspire between yourselves to commit felony to wit: Stealing.
“That you being the cash transit officer and bullion driver respectively to First City Monument Bank Plc, Marina in the aforesaid magisterial district, did steal the sum of €50,000, property of FCMB.”
The police prosecutor, Inspector George Nwosu, who stood in for the resident prosecutor, ASP Etim Ekankuk, said the offences were punishable under sections 409, 18, 72, 285 of the Criminal Law of Lagos State, Nigeria 2011.
The defendants said they were not guilty and elected summary trial.
The defence counsel, Ola Ogunbiyi and Lekan Ayinla, asked for the defendants bail in liberal terms.
The magistrate, Mrs Demi Ajayi, admitted the defendants to bail in the sum of N1m each with two sureties in like sum.
“The sureties must be at least 40 years, gainfully employed and resident in Lagos. One of the sureties must be a blood relation of the defendants with evidence of tax payment and affidavit of means. The address and means of livelihood of the sureties must also be verified,” she added.
The matter was adjourned till February 19, 2014 for mention.
Posted by MAN ABOUT TOWN at 10:01 PM