Philip Odozua's U.B.A Dragged To E.F.C.C Over Fraudulent Deductions From Customer's Account By Alleged Staffers Via U- Direct Electronic Transfer! 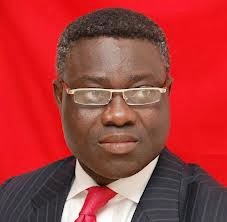 Financial institution headed by Mr Philips Odozua is currently enmeshed in an alleged case of fraud.

A customer, Alhaja Nana Aisha Abu- Ali claims insiders within the bank have swindled her. Huge sums of money were reportedly serially withdrawn from her account via U- direct electronic money transfer, one of the bank's service platforms.


'The spate of fraudulent practices in some Nigerian institutions is growing at a very alarming rate.Despite the arrest and prosecution of some managers in Nigeria UBA bank in the past,the trend is yet to abate.Gistmaster gathered that Phillip Odozua,the GMD of UBA is worried that some people are out to dent the image of the bank’s profile.

A Lokoja-based businesswoman, Alhajia Nana Aisha Abu-Ali, has petitioned  the United Bank for Africa (UBA) to the Economic and Financial Crimes Commission (EFCC) over alleged fraudulent withdrawals from her company’s account domiciled in Lokoja branch of the bank.

In a petition, addressed to the director, public complainants on fraud, EFCC, and copied to the  Commissioner of Police, Kogi State Command, the businesswoman alleged that staff members of the bank colluded with each other to illegally withdraw money from her account, using the electronic platform, U-DIRECT.She further stated  that inspite of the bank admitting that she was defrauded, the bank has refused to refund her monies, amounting to over one million naira.

'Abu-Ali stated that the bank first blocked her account on 16 September, 2013  and upon inquiry from her account officer with the bank, she was asked to respond to some questions, only for her to receive debit alerts later the following day showing massive unauthorized withdrawals from her account.She stated that the fraudsters first withdrew N489,141.75K, then in quick succession, withdrew N149,000, N99,141.75K, and N278,141.75k

She said the bank has refused to refund the stolen money inspite of the fact that officials of the bank claimed that their investigations have been able to trace the stolen fund to accounts within the bank and other banks, some belonging UBA officials in Owerri.Attaching a letter from the UBA, with reference No UBA REF. CC1309188591, dated 30th September 2013, and signed by one Josephine Anyanwu, Head, Customer Operations, Lagos, addressed to her, UBA admitted to tracing the stolen money to some of her officials, but three months after, she is yet to get refund.

'In  the UBA letter, the bank admitted that their investigations showed that N1,015,000.00,  was found to have been fraudulently withdrawn from the account using the U-Direct internet banking platform and credited to accounts domiciled with FirstBank, FMCB and one inhouse UBA account.Anyanwu said  restriction has been placed on the in-house account, and that the police are investigating the official, adding however that about N99,000 has been successfully blocked in FirstBank.

She stressed that she was assured that the Abu-Ali ‘s account would be credited as soon as the money is retrieved.Anyanwu admitted that, apart from the N99,000 recovered from the FirstBank,  the fraudster had dispensed with the stolen money.She also said the bank, UBA, would not be liable for the fraud because it appears Abu-Ali’’s account was compromised by fraudster, as it was probable that the customer responded  to phishing e-mails.'
Posted by MAN ABOUT TOWN at 4:24 AM