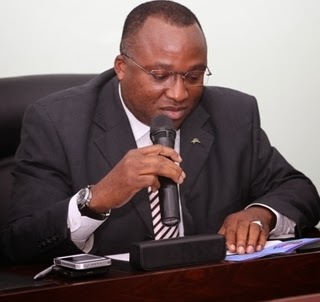 A pioneer Executive Director of Skye Bank Plc, Mr. Gbenga Ademulegun, has given notice of his retirement from the bank with effect from January 2014.

According to a statement issued by the bank, the retiring director provided impeccable leadership and direction for the bank’s commercial banking and public sector businesses which has seen the bank’s franchise in these lines of business growing in the North, Abuja, Lagos Island and the South West region where he oversees.

The statement quoted the Group Managing Director/Chief Executive Officer of the bank, Mr. Kehinde Durosinmi-Etti, as saying that under Ademulegun’s watch, the public sector portfolio of the bank witnessed substantial growth, while the bank’s Northern business, profitability and branch network also grew geometrically and exponentially.

Describing Ademulegun as a highly respected and trusted team member, Durosinmi-Etti said the retiring director is renowned and has displayed exemplary leadership qualities at critical moments, including having an adept understanding of the business terrain and focus, in addition to creating a positive and inclusive work environment.

“One of the most effective attributes about Gbenga’s managerial style is his ability to build consensus. This has helped create an excellent spirit between his team members over the years and this increased productivity significantly”, Durosinmi-Etti said.

He worked for Coopers & Lybrand (Chartered Accountants) before joining the service of Savannah Bank of Nigeria, First Bank of Nigeria, Equitorial Trust Bank, and Gulf Bank where he held senior management positions.

Mr. Ademulegun was appointed Executive Director in EIB International Bank, apposition he held until the consolidation of Skye Bank in 2006. He is an Associate Member of the Nigerian Institute of Management, a holder of Treasury Dealership Certificate, a member of the Institute of Directors, an Alumni of Lagos Business School, INSEAD and Harvard University.

The Ondo-born technocrat and accomplished banker is married to Remi and theunion is blessed with children
Posted by MAN ABOUT TOWN at 4:46 AM